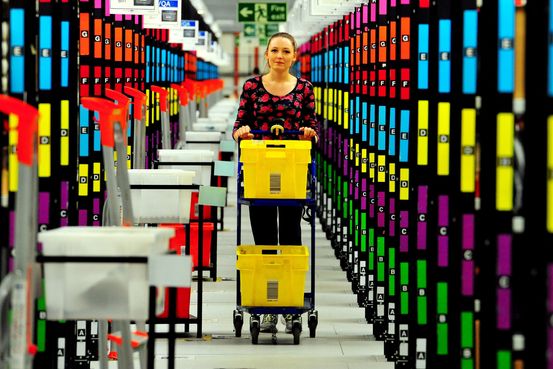 The U.K.’s antitrust regulator launched an investigation into whether

com Inc. and Google are doing enough to crack down on fake reviews, adding a new layer to regulatory scrutiny of U.S. tech giants.

Google haven’t been doing enough to address fake reviews on their sites, but added that it hasn’t yet reached a view on whether the companies have broken the law.

The tech giants have for years been dogged by inauthentic reviews, whereby third-party sellers offer financial rewards for reviewing their products. But the practice is hard for the companies to police, with compensation coordinated out of their reach.

The move comes amid recent investigations into Silicon Valley’s market power and privacy practices, turning the spotlight to misleading online reviews. The coronavirus pandemic has prompted a shift to online consumption, increasing consumers’ reliance on online reviews to decide on product purchases.

The CMA’s decision follows an initial investigation, opened in May 2020, assessing several platforms’ internal systems and processes for spotting and dealing with fake reviews. The work raised concerns that Amazon and Google weren’t doing enough to detect fake and misleading reviews and suspicious behavior, investigate and promptly remove fake reviews, or impose adequate sanctions on reviewers or businesses to deter them.

The CMA also said it was concerned Amazon’s systems were failing to adequately stop or deter sellers from manipulating product listings, like co-opting reviews from other products.

U.S. lawmakers in 2019 questioned Amazon’s efforts to fight fake reviews in a letter to Chief Executive

The Federal Trade Commission also in 2019 fined a retail website that paid a third party to post reviews on Amazon, in its first case against the use of fake paid reviews.

Amazon said it devotes significant resources to preventing fake or incentivized reviews from appearing in its store and to ensure reviews accurately reflect customers’ experience.

“We will continue to assist the CMA with its enquiries and we note its confirmation that no findings have been made against our business,” an Amazon spokesman said.

Amazon says it stopped more than 200 million suspected fake reviews last year before they were seen by customers, and that it is taking action against reviews and customer accounts sold on external social-media sites. In the first quarter of 2021, it reported more than 1,000 social-media groups.

A Google spokesperson said the company takes action when it finds violations of its policy, from removing abusive content to disabling user accounts, and that it looks forward to continuing its work with the CMA.

last year committed to combating trading in fake and misleading reviews on their sites, in response to concerns raised by the CMA. In April, the regulator said Facebook had removed 16,000 groups that sold fake reviews on both Facebook and Instagram.

The regulator said its probe into fake reviews is part of a broader program to establish a new regulatory regime for digital markets. Last week, the CMA said it was launching a study into

and Google’s mobile ecosystems and earlier in June said it would have oversight over Google’s removal of user-tracking technology from its Chrome browser under a set of commitments from the company to settle an antitrust investigation.

European Union regulators are also ramping up scrutiny for U.S. tech giants. The European Commission, the EU’s top antitrust enforcer, on Tuesday opened an antitrust investigation into allegations that Google is abusing its leading role in the advertising-technology sector. Google said it would continue to engage with the commission.

Early in June, the EU and the U.K. opened formal antitrust investigations into Facebook Inc.’s classified-ads service, Marketplace. Facebook said it would cooperate with the probes to “demonstrate that they are without merit.”

The Hedge Fund Manager Who Did Battle With Exxon—and Won

Christopher James’s decision to do battle with one of the world’s biggest oil companies began with a family dinner in...

Jobless claims declined to a pandemic low last week, a sign companies are hesitant to lay off employees as the...