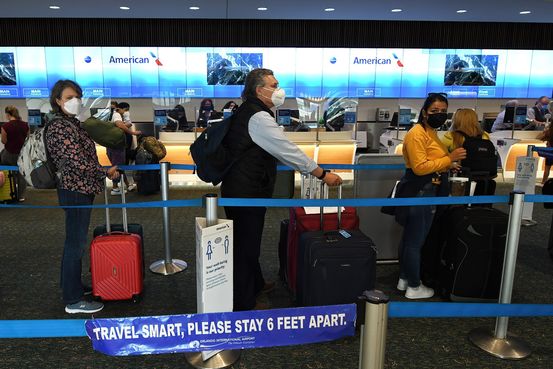 American Airlines , which rapidly increased flying to meet a surge in travel demand, is trimming some flights to alleviate potential strains on its operations.

The number of flights being culled is relatively small, amounting to about 1% of the airline’s planned flying in the first half of July. But the move is the latest sign of how tricky it has been for airlines to scale up after a year of depressed demand.

Storms that hit some of American’s biggest hubs several days this month, causing delays and cancellations, contributed to the airline’s decision to cut back to have more breathing room when unexpected problems arise, the airline said.

More robust schedules and fuller flights mean more difficulties when things go wrong. American is trying to avoid a repeat of its disastrous summer in 2019, when bad weather and a feud with the airline’s mechanics snarled operations, an American executive said.

The airline hopes that calling off some flights in advance and shifting passengers on to alternate flights will reduce the need to cancel flights at the last minute if weather or maintenance issues arise––something that enrages customers.

A help wanted sign was displayed in front of a restaurant in Los Angeles on May 28. Photo: frederic j....

The Biden administration said Sunday that talks over a $1.7 trillion infrastructure package would need to show a “clear direction”...