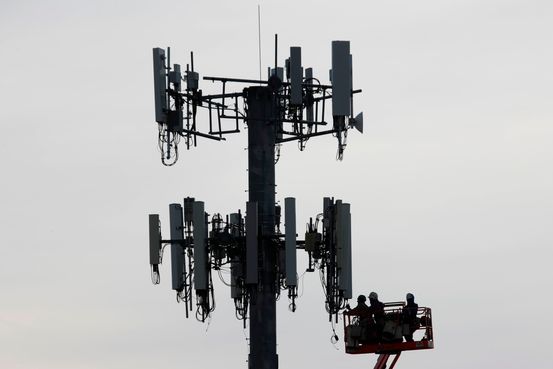 AT&T Inc. and Verizon Communications Inc. said they would limit some of their fifth-generation wireless services for six months while federal regulators review the signals’ effect on aircraft sensors, an effort to defuse a conflict that has roiled both industries.

The cellphone carriers detailed the proposed limits Wednesday in a letter to the Federal Communications Commission. The companies said they would lower the signals’ cell-tower power levels nationwide and impose stricter power caps near airports and helipads, according to a copy reviewed by The Wall Street Journal.

Six weeks ago, it seemed as if hedge fund boss Heath Freeman was losing his grip on Tribune Publishing Co....

WASHINGTON—Federal Reserve officials have long said a key condition for raising interest rates is a return to maximum employment. Their...

SHANGHAI— Tesla Inc. TSLA -0.29% said all data generated from cars it sold in China will be stored in a...

IRS Is Investigating Release of Tax Information of Wealthy Americans