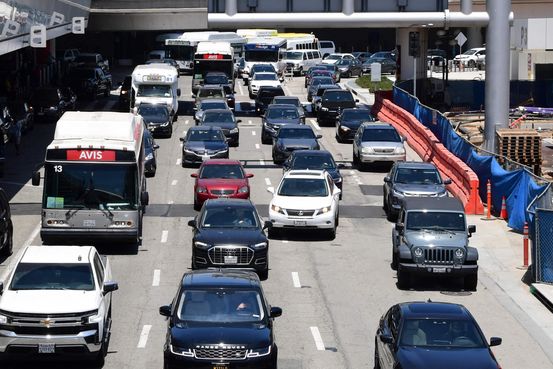 The average age of vehicles on U.S. roadways rose to a record 12.1 years last year, as lofty prices and improved quality prompt owners to hold on to their cars longer.

The finding reflects the stronger value of vehicles throughout their life cycles, from higher new-vehicle prices Americans have been paying for years to steeper prices on the used-car lot, said Todd Campau, associate director of aftermarket solutions at IHS. Improved vehicle quality also is a factor, he said.

Whereas 20 years ago a car might have changed hands once or twice and lasted 100,000 miles, it is more common today for a car to have multiple owners and last for 200,000 miles or more, he said.

“That has extended the life cycle of the vehicle and created value for more buyers up and down the chain,” Mr. Campau. “For that second or third or fourth owner, there’s still meat on the bone.”

The rise in average vehicle age doesn’t necessarily mean Americans are forgoing new-vehicle purchases and making do with their current cars longer, Mr. Campau said. New-vehicle sales have been running at a record or near-record pace for years, with the exception of a short-lived drop in the early months of the pandemic last year.

Instead, since cutting back in the financial crisis, more consumers have been adding to their number of household vehicles—buying a third car for the family instead of getting by on two, for example, Mr. Campau said. The total number of vehicles in operation in the U.S. has risen about 10% since 2013, to around 279 million, according to IHS.

The lengthening vehicle age presents an opportunity for dealerships and other companies that sell aftermarket parts for vehicle repairs, such as brakes and tires, Mr. Campau said. Also, more companies are offering aftermarket products to upgrade infotainment systems and other technology in cars, giving owners of older vehicles the ability to connect their phones to the dashboard touch screen, for example.

As cars stay on the roads longer, auto makers are looking to offer digital services and features after the sale to generate recurring revenue, such as adding new apps to multimedia systems or new convenience features such as hands-free driving in some situations.

has said he wants the company to have an “always-on” connection to Ford’s customers and break the traditional model of selling a car and simply waiting a few years before the owner returns for an upgrade.

“Like with your phone, there will be new features added every hour, every day,” Mr. Farley said in an interview last month. “I think that’s where the real competitive race is.”

Average prices for new and used vehicles have hit recent record highs, having climbed during the pandemic amid a supply crunch.

The price paid for an average new vehicle in May was $38,255, a record high, according to research firm J.D. Power. New-car prices have risen steadily since the financial crisis but have soared over the past year, as supply-chain disruptions from the pandemic created a seller’s market.

Used-car prices also have marched higher for years and got an even stronger boost since the pandemic hit. Average used-vehicle prices were up 48% in May from a year earlier, according to an index produced by auction company Manheim, Inc.

Apple and the End of the Car as We Know It

Now that the car is evolving into essentially a smartphone on wheels, it’s no wonder Apple is kicking the tires....