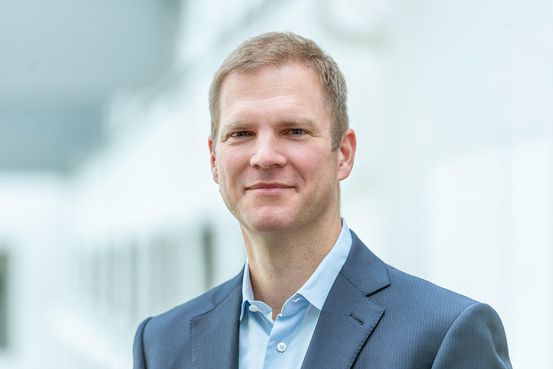 the chief executive of Boston Consulting Group, will step down in the fall from his role after nearly nine years as leader of the consulting giant, and longtime executive

will take over as CEO, the firm said in a letter to partners.

BCG, one of the Big Three strategy consulting firms, along with McKinsey & Co. and Bain & Co., said Thursday that Mr. Schweizer, 48 years old, will take the helm the elite Boston-based firm starting Oct. 1. A BCG veteran of 23 years, Mr. Schweizer is based in Munich and has been BCG’s head of Central and Eastern Europe and the Middle East since 2017.

Mr. Lesser plans to stay on as global chair of BCG.

Mr. Schweizer, a German native with a master’s of business administration from the University of Texas at Austin’s McCombs School of Business, will become the seventh CEO to head BCG since its founding in 1963. He joined the firm in 1997 and served as head of its global practice areas from 2014 to 2017 and as global head of the firm’s healthcare practice from 2011 to 2014. He has served as a member of the firm’s executive and operating committees since 2014.

“We will continue to support clients and global leaders in their moments of truth and in solving their most important and complex problems, to attract and champion diverse talent, and to tackle the world’s toughest challenges, such as climate change,” Mr. Schweizer said in a statement.

How might BCG change under new leadership? Join the conversation below.

The transition marks the end of Mr. Lesser’s tenure as the leader of BCG after he took the firm’s top job in 2013. A Harvard Business School graduate, Mr. Lesser has also been a chief adviser to the World Economic Forum’s Alliance of CEO Climate Leaders.

During his time as CEO, Mr. Lesser helped expand the firm’s reach from 42 to 51 countries, nearly tripled revenues and more than doubled its workforce to over 22,000 employees, the firm said.

“It’s been an honor to lead BCG, and I look forward to continuing to serve our clients our people, and our purpose as global chair,” Mr. Lesser said. “I’ve had the pleasure of working closely with Christoph as he has successfully built strong, diverse teams and robust, resilient businesses in a wide range of countries around the world, as well as cutting-edge capabilities in our practices.”

BCG isn’t the only major consultancy to get a new leader this year. Partners at rival consulting company McKinsey voted to replace Kevin Sneader as its leader earlier in 2021, after internal dissatisfaction over steps he took following a series of crises. It named Bob Sternfels, who is effectively the firm’s chief operating officer, as its next global managing partner. He assumes that role in July.

Appeared in the May 28, 2021, print edition as ‘Boston Consulting Appoints NewChristoph CEO.’

Two of the nation’s largest steelmakers are keeping older mills closed, passing up a chance to sell more metal at...

Gamers have struggled for years with hackers who cheat and take over accounts. Now, videogame studios are coming under serious...

H&M Hennes and Mauritz AB put a number on the cost of upsetting China: about $74 million in lost sales...

Centene Settles With Ohio and Mississippi Over Pharmacy Benefits Practice