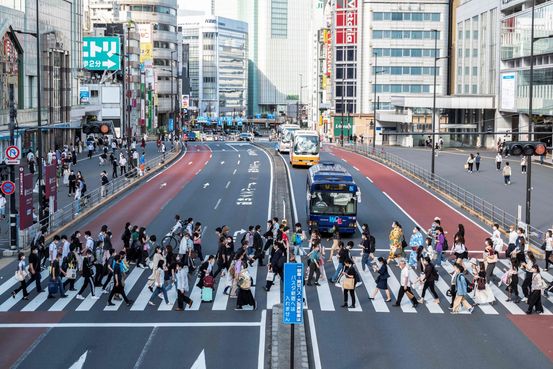 Japan’s corporate-governance reform has been a long, often painful process. But there has been some recent progress on one perennial complaint: massive cross-holdings that empower management and tend to weigh on returns.

Nonfinancial companies on the Tokyo Stock Exchange’s first section booked 610 billion yen ($5.3 billion) of gains from sales of securities for the six months ending in March, a 92% year-over-year rise, according to

And 137 companies reduced such cross-shareholdings in the fiscal year ending in March, a 59% increase from a year earlier, noted the bank.

Rampant cross-shareholding in Japan is often criticized for propping up entrenched management and depressing stock valuations. Companies with a large portfolio of cross-shareholdings usually trade below their net asset value since they rarely sell those shares and put the cash to better use. For example,

makes up around 85% of its market capitalization.

While reducing cross-shareholding has long been an objective of Japan’s corporate-governance overhaul, some recent events may have hastened the pace. The Tokyo Stock Exchange is set to revamp its Topix indexes from April next year. The calculation of free float to qualify for the top-tier index will exclude strategic shareholdings.

But it’s hard to tell if the unwinding of the cross-shareholding is really going to continue. Such divestitures are especially hard for banks, which see the holdings as a way to keep relationships with clients.

The rise of activist investors in Japan may help nudge companies in the right direction, but they still face strong resistance from management. The recent

drama encapsulates that dynamic: Management, with the help of government officials, initially managed to brush aside demands from investors, though the latter have now pushed back.

Long-suffering investors in Japanese stocks have dreamed of more accountable managers who might take bigger risks or return more cash to shareholders. The fight is far from over, but recent events show that shareholders increasingly have the wind at their back.

Elon Musk’s sale of roughly $5 billion in Tesla Inc. shares in recent days is likely just the start of...

H&M Hennes and Mauritz AB put a number on the cost of upsetting China: about $74 million in lost sales...

Dell on Thursday reported that first-quarter revenue rose 12% to $24.5 billion from a year earlier driven by a 42%...

Why a Grand Plan to Vaccinate the World Against Covid Unraveled

This spring, American epidemiologist Seth Berkley had to break some bad news to the world’s poorest countries: millions of Covid-19...