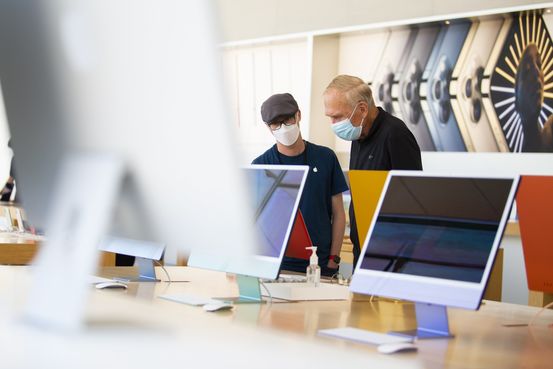 Business investment is emerging as a powerful source of U.S. economic growth that will likely help sustain the recovery.

Companies are ramping up orders for computers, machinery and software as they grow more confident in the outlook.

Nonresidential fixed investment, a proxy for business spending, rose at a seasonally adjusted annual rate of 11.7% in the first quarter, led by growth in software and tech-equipment spending, according to the Commerce Department. Business investment also logged double-digit gains in the third and fourth quarters last year after falling during pandemic-related shutdowns. It is now higher than its pre-pandemic peak.

Orders for nondefense capital goods excluding aircraft, another measure for business investment, are near the highest levels for records tracing back to the 1990s, separate Commerce Department figures show.

“Business investment has really been an important engine powering the U.S. economic recovery,” said Robert Rosener, senior U.S. economist at Morgan Stanley. “In our outlook for the economy, it’s certainly one of the bright spots.”

Consumer spending, which accounts for about two-thirds of economic output, is driving the early stages of the recovery. Americans, flush with savings and government stimulus checks, are spending more on goods and services, which they shunned for much of the pandemic.

Robust capital investment will be key to ensuring that the recovery maintains strength after the spending boost from fiscal stimulus and business reopenings eventually fades, according to some economists.

Rising business investment helps fuel economic output. It also lifts worker productivity, or output per hour. That metric grew at a sluggish pace throughout the last economic expansion but is now showing signs of resurgence.

The recovery in business investment is shaping up to be much stronger than in the years following the 2007-09 recession. “The events especially in late ’08, early ’09 put a lot of businesses really close to the edge,” said Phil Suttle, founder of Suttle Economics. “I think a lot of them said, ‘We’ve just got to be really cautious for a long while.’”

Businesses appear to be less risk-averse now, he said.

After the financial crisis, businesses grew by adding workers, rather than investing in capital. Hiring was more attractive than capital spending because labor was abundant and relatively cheap. Now the supply of workers is tight. Companies are raising pay to lure employees. As a result, many firms have more incentive to grow by investing in capital.

Economists at Morgan Stanley predict that U.S. capital spending will rise to 116% of prerecession levels after three years. By comparison, investment took 10 years to reach those levels once the 2007-09 recession hit.

Company executives are increasingly confident in the economy’s trajectory. The Business Roundtable’s economic-outlook index—a composite of large companies’ plans for hiring and spending, as well as sales projections—increased by nine points in the second quarter to 116, just below 2018’s record high, according to a survey conducted between May 25 and June 9. In the second quarter, the share of companies planning to boost capital investment increased to 59% from 57% in the first.

Mr. Song added that less uncertainty regarding trade tensions between the U.S. and China should further underpin business confidence and investment. “At the very least, businesses will understand the strategy that the Biden administration is trying to follow and will be able to plan around that,” he said.

Some of the recent increases in capital spending reflect a silver lining to the shortages of raw materials that many manufacturers have faced in recent months.

“The flip side of the supply-chain bottlenecks that we’re seeing right now is that order backlogs are building,” said Mr. Rosener, which he said in turn has led to higher manufacturing activity.

Demand for manufactured goods strengthened in May, while customer inventories hit an all-time low, according to the Institute for Supply Management’s manufacturing survey.

Manufacturing is a particularly capital-intensive industry. It requires more spending to build a car than to serve a restaurant meal, Mr. Rosener said. Production could remain strong for several quarters as companies rebuild inventories, he said.

The longer-term outlook for capital spending is bright. Though economic uncertainty tends to damp capital spending, an economic disruption such as Covid-19 can support investment. The pandemic forced companies to minimize contact between consumers and workers, resulting in a rapid increase in spending on productivity-enhancing digital technology that many economists predict will endure.

“Every part of the service economy is using technology more aggressively,” said Mr. Suttle. “Obviously it’s hard to do that without buying more product.”

The big infrastructure deal President Biden and a group of senators from both parties announced Thursday is about much more...

Boeing Board to Add Safety Expert, Make Other Changes in 737 MAX Settlement

Boeing Co.’s board will add a director with safety expertise and adopt other internal measures under a proposed $237.5 million...