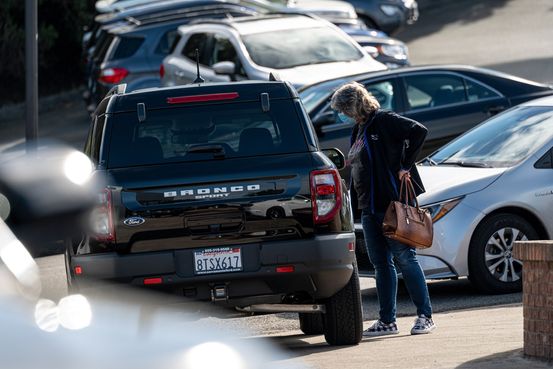 U.S. car sales continued at a blistering pace in the second quarter, but show some signs of slowing in June as the number of vehicles on dealership lots continues to dwindle.

General Motors Co. reported a nearly 40% increase in vehicle sales for the second quarter, compared with the same period a year ago. The Detroit auto maker’s sales were also up compared with the first quarter, but less so, rising 10% over that period.

Hyundai Motor Co. reported its best-ever second quarter, selling 240,005 vehicles in the April-to-June period. That is a 69% increase from the same quarter a year ago. But the pace slowed in June, when the company sold 72,465 vehicles, down significantly from May when they sold more than 90,000 cars.

That is reflective of analysts’ expectations that the rate of new-car sales is beginning to fall off from recent months, when car shoppers turned out in near-record numbers, buoyed by excess household savings and pent-up demand from the pandemic. Most car makers are scheduled Thursday to report U.S. sales results for June.

Customers are still clamoring for a new ride, dealers say. But it has become harder for salespeople to match buyers to vehicles because of the lack of inventory caused by the computer-chip shortage that has hobbled car production since winter.

‘Do We Need to Be in Hong Kong?’ Global Companies Are Eying the Exits

Apprehensive about Hong Kong’s future as the best place to do business in China and beyond, multinational firms are pulling...

The only nuclear-power plant under construction in the U.S. is facing delays and additional costs. Again. Earlier this week, an...

A federal judge in Louisiana issued a preliminary injunction blocking the Biden administration from pausing new oil and gas leases...

Boeing Co. BA 0.04% has estimated the new Air Force One jets it is building may arrive a year late...