LONDON (AP) — Dozens of people have ignored advice not to travel to Stonehenge for the annual summer solstice celebrations, which were cancelled Monday due to coronavirus concerns.

English Heritage, which looks after the Neolithic monument, had planned a live feed of the sunrise at Stonehenge for the second year in a row. But the organization said that program had to be interrupted because of safety concerns after “a number of people have chosen to disregard our request to not travel to the stones this morning.”

Thousands of people who tuned in to watch the sunrise at the stones online ended up watching pre-recorded footage before the live feed returned around 5 a.m.

Video from Britain’s PA news agency and elsewhere showed dozens of people gathering inside the stone circle, with some scaling a low fence to climb inside the restricted area to reach the stones. Some were seen dancing and others held a banner that read “Standing for Stonehenge.” 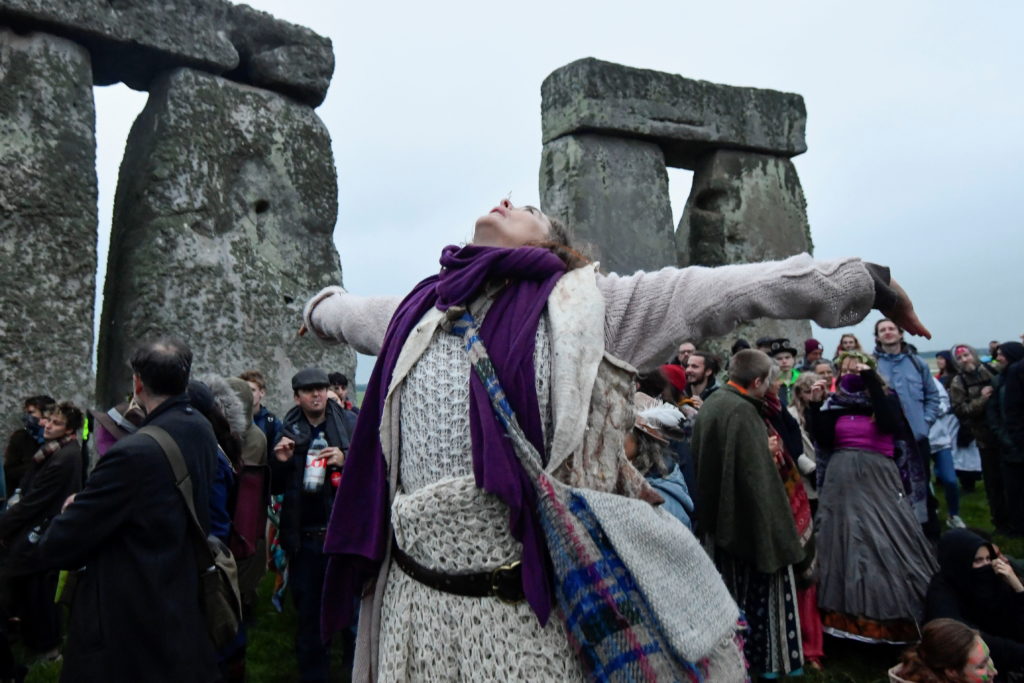 A person looks up as she attends the celebration of the Summer Solstice at Stonehenge ancient stone circle, despite official events being cancelled amid the spread of the coronavirus disease (COVID-19), near Amesbury, Britain, June 21, 2021. Photo by Toby Melville/REUTERS

English Heritage said it was “disappointing” to see people “act in a way that put themselves, our staff and the police at risk” during a pandemic.

The summer solstice typically draws tens of thousands of people to the stone circle in southern England to celebrate the longest day of the year.

Wiltshire Police said despite a “minor incursion into the stone circle” early Monday, the solstice weekend was peaceful. One woman in her 50s was arrested in the area on suspicion of drunk and disorderly behavior, the force said.

Trials begin on vaccine to prevent an aggressive breast cancer

This story was originally published by The 19th on Oct. 27, 2021. Researchers have launched a study of a vaccine...

LOS ANGELES — In the most anticipated hearing in the case in years, Britney Spears is expected to address a...

The new White House science adviser wants to have a vaccine ready to fight the next pandemic in just about...

Japanese tennis star Naomi Osaka announced that she would withdraw from the French Open after she was fined and threatened...

Ed Stetzer: It’s a good question. I think the answer is yes. I think that part of the reason is,...

Amna Nawaz: Judy, that rule comes from the Department of Labor’s Occupational Safety and Health Administration, or OSHA, and applies...

5 Stories: A selfie from China’s Mars rover, new research on how to reverse gray hair and other stories you missed

PBS NewsHour’s “5 STORIES” serves up the most interesting stories from around the world that you may have missed. On...

Why Black women face a triple threat from breast cancer

Lorna Baldwin is an Emmy and Peabody award winning producer at the PBS NewsHour. In her two decades at the...

U.S. to buy 500 million Pfizer vaccines to share with other countries

WASHINGTON (AP) — The U.S. will buy 500 million more doses of the Pfizer COVID-19 vaccine to share through the...

William Brangham: Even the U.S., with nearly half its population vaccinated, and as people ditch masks and pack back into...

U.S. to distribute vaccines based on requests as Biden administration looks to beef up international response

The Biden administration announced Tuesday the federal government will only distribute COVID-19 vaccine doses based on states’ requests going forward,...

PORTLAND, Ore. — Government officials, wildlife managers and utility workers across the Pacific Northwest were trying to keep people and...

A Brief But Spectacular take on breaking the script in healthcare

Judy Woodruff: Carey Candrian is a Colorado-based social scientist. She’s spent much of her career investigating how health care can...

As more kids go down the ‘deep, dark tunnel’ of long COVID, doctors still can’t predict who is at risk

At 14 years old, Kate Dardis knows what pain feels like and how to work through it. An accomplished gymnast...