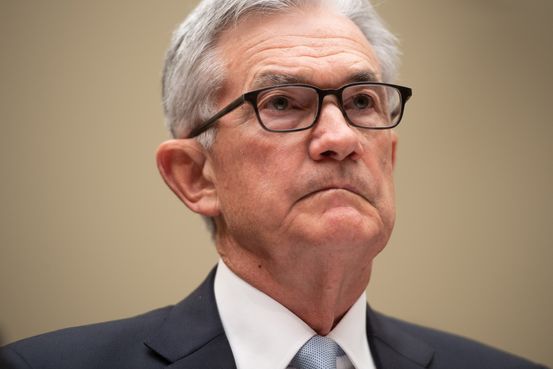 WASHINGTON—As Federal Reserve officials discuss how to eventually scale back their easy-money policies, they are debating whether to start by reducing purchases of mortgage-backed securities to avoid adding more fuel to the housing boom.

The Fed has bought $982 billion of the mortgage bonds since March 5, 2020, and currently plans to keep buying at least $40 billion each month. Those purchases, along with the Fed’s monthly purchases of $80 billion of Treasury debt, aim to hold down long-term borrowing costs to stimulate the economy as it recovers from the effects of the pandemic.

Fed officials at their June 15-16 policy meeting reaffirmed plans to continue holding short-term interest rates near zero and continue the asset purchases for some time. They also began discussing when and how to begin reducing, or tapering, asset purchases as an initial step toward weaning the economy off such support.

One option suggested at the meeting was to start scaling back the mortgage-bond purchases earlier or more quickly than the Treasury debt purchases, officials said. Call it a two-speed taper.

“There are some unintended consequences and side effects of these purchases that we are seeing play out,” Dallas Fed President

said in an interview, referring to the mortgage-bond purchases, which he thinks are contributing to skyrocketing home prices. He had said previously that he was questioning whether the purchases are still needed. “I’ve shared my views” at the policy meeting, he said.

in a June 18 CNBC interview, said, “I’m leaning a little bit toward the idea that maybe we don’t need to be in mortgage-backed securities with a booming housing market and even a threatening housing bubble here, according to some people.”

Should the central bank stop buying mortgage-backed securities? Why or why not? Join the conversation below.

suggested on May 5 that Fed officials should think about a two-speed taper. “The mortgage market probably doesn’t need as much support now,” he said.

Other Fed officials argue against the idea, saying the combined purchases of mortgage and Treasury securities lower long-term interest rates overall—not just mortgage rates. They say other factors are contributing to the hot housing market, including a dearth of homes for sale relative to strong demand.

They view the mortgage-bond purchases as they do the Treasury purchases—as a way to push down long-term rates throughout the economy by buying long-term securities, which pushes up their prices. Bond prices and yields move inversely.

The mortgage bond buys are “not really directly affecting the interest you pay on your mortgage,” San Francisco Fed President

told reporters Tuesday. “My best-guess estimate is that we are having a de minimis effect on mortgage interest rates with our mortgage-backed securities purchases.” The average rate on a 30-year fixed-rate mortgage has fallen to 3.02% as of last week from about 3.5% in February 2020, before the pandemic hit the U.S. economy, according to Freddie Mac.

said on June 1 that the monetary policy effect of the purchases of Treasurys and mortgage bonds “is roughly the same.” She added, “so in that sense the [current] composition is effective,” she said.

said last month that the mortgage-bond purchases, “dollar for dollar, have pretty powerful spillovers into other financial conditions such as corporate bond rates and other kinds of similar securities.” He reiterated this past week that the Fed’s asset purchases aren’t “specifically targeted to the housing market.”

—say the mortgage-bond purchases hold down mortgage rates, which are already low by historical standards. Lower rates allow home shoppers to raise their bids. And median home prices, up 24% in May from a year earlier, are already rising at the fastest pace in decades.

“We all would much rather have low mortgage rates. But house prices are exploding right now,” Mr. Furman said June 9 on CNN. “It probably isn’t the case that the Fed should be continuing to artificially hold mortgage rates down.”

hasn’t publicly weighed in on the debate. But the last time Fed officials were preparing to pare back a bond-buying program, in 2013, Mr. Powell—then a governor but not chairman—initially favored tapering Treasurys “all the way to the ground” before starting to reduce the pace of mortgage-backed securities. That was because he sought to continue supporting the housing market, which was still struggling after the 2007-09 recession. “The reason is that this recovery is hugely about housing,” he said at a policy meeting in October 2013, according to the transcript.

Fed officials, including Mr. Powell, ultimately decided to taper purchases of both Treasury and mortgage bonds at the same pace, in part because they worried it would be difficult to clearly communicate a more complicated, two-speed taper process.

The purpose of the Fed’s asset purchases is to support the entire economy rather than a specific sector. Slowing the mortgage-bond buying before the Treasury purchases would undermine that rationale by tailoring it according to the condition of the housing sector. It would also suggest the Fed is using monetary policy to address a concern about the stability of the financial system arising from elevated home prices—something Fed officials have long been reluctant to do, said

chief U.S. economist at SGH Macro Advisors, said he doubts that the Fed would cool off the housing market by buying fewer mortgage bonds.

“The only thing that’s going to have a measurable impact on housing is pulling back on demand, for which you’d need the Fed to be raising longer-term rates…but the Fed’s not ready to do that,” Mr. Duy said.

WASHINGTON—A divided Supreme Court on Tuesday declined to lift a national moratorium on the eviction of tenants who have fallen...

Economy Week Ahead: The Fed, Factories and Consumers

The U.S. government is ratcheting up pressure on Beijing’s 5G ambitions overseas, offering financial incentives and other enticements to countries...

Bitcoin, dogecoin and other cryptocurrencies skidded Friday, extending their monthlong rout, following another cryptic tweet from Elon Musk. Bitcoin was...

The Bank of Mexico raised interest rates Thursday in a surprise decision after inflation came in higher than expected in...