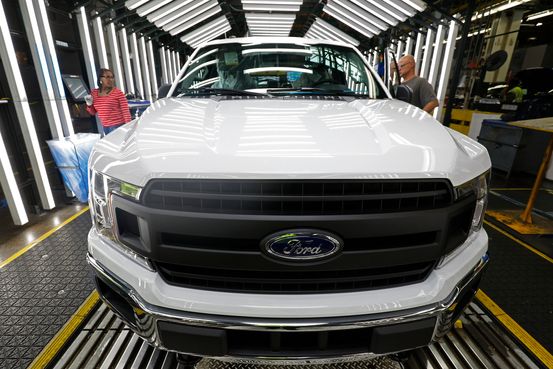 Ford Motor Co. said the computer-chip shortage will force it to cut output across more than a half-dozen U.S. factories in July, a sign that the supply-chain troubles could take longer to ease than auto-industry executives previously believed.

Ford said Wednesday that its pickup truck factories in Michigan, Kentucky and Missouri will reduce or stop production for much of July, while an Explorer plant in Chicago will be idled for the entire month. Production of several other popular models also will be reduced or scrapped, including the Escape SUV and Mustang sports car.

The Chicago plant and the factories that assemble the pickup trucks—Ford’s biggest moneymaker—had cut production earlier this spring because of the chip shortage but had been back to full tilt in recent weeks, a spokeswoman said.

Executives from Ford and other auto makers have said that the chip shortage should begin to ease in the third quarter but have cautioned that the situation is fluid.

Ford said it is giving priority to the completion of thousands of vehicles that it has assembled in recent months but parked in lots near factories as it awaits needed computer chips. It will continue to build new vehicles, but will curb production so it can move out some of those waylaid models, the company said.

AT&T Inc. and Verizon Communications Inc. said they would limit some of their fifth-generation wireless services for six months while...