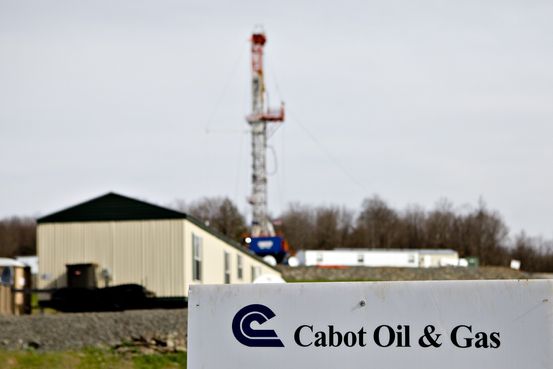 said Monday that they plan to merge in an all-stock deal, combining companies that had a market capitalization of about $14 billion as of Friday.

The combination of Cimarex, an operator in Texas, Oklahoma and New Mexico primarily focused on oil, and Cabot, a natural-gas producer in the Northeastern U.S., brings together two firms operating in different regions and extracting different commodities.

It follows a string of tie-ups between American fracking companies as the energy industry emerges from the Covid-19 pandemic. Recent deals have mostly paired up rivals in the same or similar regions. Having a mix of assets in oil, gas and natural-gas liquids should protect the company against price swings in any single commodity, a particular benefit for shareholders that have sharpened their demands for better investment returns in recent years, said

“It’s a better way to ride through the cycles in our business,” Mr. Jorden said. “The demands of our sector, in terms of returning free cash flow to our owners, [tell us that] these swings in our cash flow are poison, and this is just a wonderful antidote to volatility.”

earlier this month, and

’s purchases in recent months of smaller rivals in the Permian Basin of West Texas and New Mexico.

will serve as its executive chairman. Its board will have five directors from Cabot, and five from Cimarex, including Mr. Jorden.

Last year’s sharp drop in energy prices illustrated the need to manage oil-and-gas companies around market volatility, and in recent months, the industry’s emergence from that downturn has enabled Cimarex and Cabot to better plan how it will deliver investment returns, Mr. Dinges said.

“We have our feet back under us again,” Mr. Dinges said.

In recent years, and particularly following the pandemic, shale drillers have scooped up their rivals for much lower premiums than they had in the first half of the last decade.

Shareholders of Denver-based Cimarex, the companies said, will own 50.5% of the combined entity, receiving 4.0146 shares of Houston-based Cabot stock for each share of Cimarex they hold. Cimarex has about 560,000 net acres in the Permian Basin, the largest U.S. oil field, and the Anadarko Basin, in Oklahoma and neighboring states. Meanwhile, Cabot has about 173,000 net acres in the Marcellus Shale in the Northeastern U.S.

The companies expect the combined firm, which would be based in Houston, to generate $4.7 billion of free cash flow from 2022 to 2024 with around $55-per-barrel oil and with natural-gas prices of $2.75 per million British thermal units. It would also have an annual base dividend of 50 cents per share, paid quarterly, and expects to pay a variable dividend and special dividend.

The companies said the combined firm would have an enterprise value of about $17 billion.

The deal, expected to close in the fourth quarter, would also provide about $100 million in cost savings from general and administrative segments of the companies in the first 18 months to two years following the transaction, they said.

Mr. Jorden said the companies have yet to come up with a new name for the combined entity. Mr. Dinges quipped that they are taking suggestions.