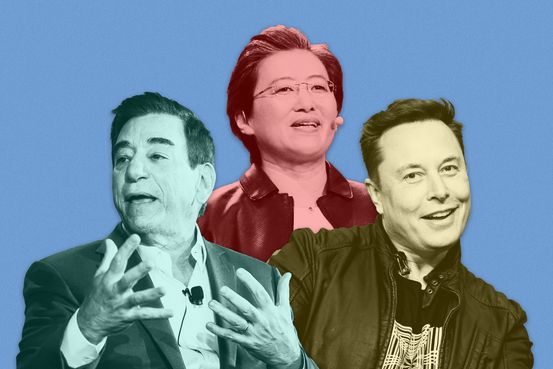 Most S&P 500 CEOs got raises of about 5% or more as their companies recorded annual shareholder returns of about 8%, according to a Wall Street Journal analysis of data from MyLogIQ.

See below for the CEOs who made the most and the least, as well as those whose companies delivered the best and worst returns for shareholders. Go to the bottom to explore a table with compensation data on more than 400 CEOs.

Most of the companies led by this year’s top earners aren’t typically in the pay stratosphere. Several reflect the winners of the pandemic and its economic turmoil, including videogame maker

received equity grants in 2020 originally valued at about $57 million that rose to $100 million by year’s end.

said Mr. Culp won’t receive any of his August stock grant until 2024, and then only if performance targets are met. The first of those targets was met in December and a second one was reached in May.

Paycom said the company must make significant market and operational gains for Mr. Richison to realize most of his pay, and noted he won’t be eligible for further equity grants for five years.

said Mr. Kotick’s pay was earned over four years and reflects more than 30 years of creating value for shareholders.

pay jumped because of a front-loaded equity grant meant to replace five years of awards, signaling the board’s confidence in his leadership, and noted he must hold the resulting shares a further three years.

DaVita Inc., a dialysis company, also said its CEO’s pay was meant to replace five years of equity grants. The company said its board set the equity portion of the pay package amid a major strategic shift, and that a sharp run-up in the company’s share price increased its value before shareholders approved it.

made $1.40—a penny for each character in the social-messaging platform’s original 140-character limit—and gas pipeline owner

The lowest-paid of all, at least as far as reported compensation goes, was

one of the world’s richest executives. He reported zero pay for 2020—even as he raked in stock options worth $32 billion under his landmark 2018 pay package.

Twitter declined to comment. A Kinder Morgan spokeswoman said Mr. Kean reimburses the company for the cost of his health coverage. Tesla didn’t respond to requests for comment.

a maker of generators, and

a solar power company, didn’t respond to requests for comment.

received modified prior-year awards as a result of the cruise industry’s pandemic shutdown and an earlier federal decision to rescind travel to Cuba, as well as one-time payments tied to a new employment agreement. It called his “annual run-rate” closer to $12.8 million, rather than the $36.4 million reported using the calculations required by securities rules.

can ultimately realize was “significantly impacted” by the company’s performance in last year’s pandemic-related economic downturn.

gave up 45% of his $1.5 million salary during the year and that 90% of his $13.3 million total reported pay reflected pre-pandemic performance for prior years.

declined to comment beyond its securities filings. Energy company

became CEO at the beginning of its 2020 fiscal year.

—often among the S&P 500 index’s top-paid women—stepped down during the year, making $28.5 million.

Several women have recently been selected to run S&P 500 firms and didn’t make the analysis, including

This sortable table includes compensation figures as reported by S&P 500 companies for CEOs that served in those roles for the full year, along with one year total shareholder returns. Swipe left to see more data for each company.

This sortable table includes compensation figures as reported by S&P 500 companies for CEOs that served in those roles for the full year, along with one-year total shareholder returns. Pay data reflect the value of equity awards at the time of grant, as reported by companies in annual proxy statements or other regulatory filings. Shareholder return reflects stock-price changes and dividends during the company’s fiscal year.

The Wall Street Journal CEO pay analysis used data from corporate proxy statements filed through May by companies in the S&P 500 stock index with fiscal years ending after June 30, 2020, and collected by MyLogIQ LLC, a provider of public-company data and analysis. Aggregate pay and shareholder-return figures exclude companies that changed CEOs or fiscal-year end dates during the year. Pay data reflect the value of equity awards at the time of grant, as reported by companies in annual proxy statements or other regulatory filings. Total returns reflect stock-price change and dividends, calculated from the month-end closest to the company’s fiscal-year end.

What do you think justifies high executive pay? Join the conversation below.

Write to Theo Francis at theo.francis@wsj.com and Inti Pacheco at inti.pacheco@wsj.com

China’s Taishan nuclear power plant, under scrutiny for safety concerns after reports of a gas buildup, is a project meant...