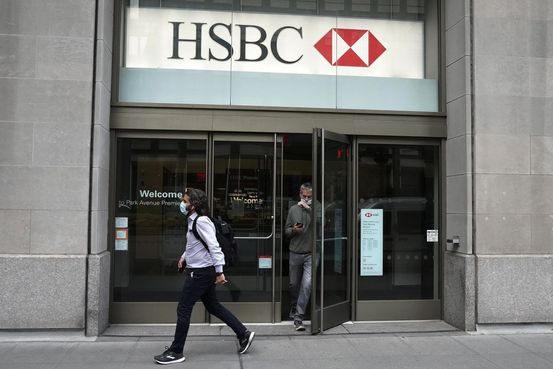 Holdings PLC will exit from its U.S. retail and small-business banking operations as the bank shifts its focus to wealth management and international banking, especially in Asia.

The banking giant said late Thursday that it will exit 90 of its 148 branches in the U.S. through a series of transactions. HSBC has entered into agreements to sell parts of its business to

Cathay Bank. It also plans to wind down around 35 to 40 branches.

HSBC will retain around two dozen locations in some of its existing markets and convert the sites into so-called international wealth centers, it said. That would help the bank focus on the “banking and wealth management needs of globally-connected affluent and high net worth clients,” it added.

As such, the bank will no longer service banking customers with balances below $75,000. It will also cut ties with all of its retail business customers, which includes small businesses, it said.

“This next chapter of HSBC’s presence in the U.S. will see the team focus on our competitive strengths, connecting our global wholesale and wealth management clients to other markets around the world,” HSBC’s Group Chief Executive

said in prepared remarks. He said the bank’s U.S. mass retail operations “are good businesses, but we lacked the scale to compete.”

The London-based lender, which makes most of its profit in Hong Kong and mainland China, is more than a year into a major overhaul to refocus its operations in Asia. In February, the bank said that it was considering selling its unprofitable U.S. retail operations and pouring about $6 billion of investment into Asia in the next five years.

HSBC is also in talks to sell its unprofitable French retail bank.

The bank said it has agreed to sell its East Coast mass market and retail banking businesses, which include 80 branches and around 800,000 customer accounts, as well as its online bank portfolio to Citizen Bank. Those accounts had about $9.2 billion in deposits and $2.2 billion in outstanding loans as of the end of March.

HSBC’s West Coast retail bank operations, which include 10 branches and about 50,000 customer accounts, would be sold to Cathay Bank.

The deals, which are subject to regulatory approval, are expected to close in the first quarter of 2022. HSBC said it expects to incur about $100 million in pretax costs for the transactions.

Available jobs in the U.S. climbed further above pre-pandemic levels last month following a record surge earlier in the spring,...

Hedge-fund billionaire William Ackman says music comes just under food and water in the hierarchy of needs, but music is...

From ‘FBI’ to ‘The Wonder Years,’ TV Networks Bet on More Franchises, Reboots

As ratings fall and viewers decamp to streaming platforms with fewer or no commercials, broadcasters are embracing the adage that...

To comply with a Dutch court order to cut carbon emissions, Royal Dutch Shell RDS.A -0.52% PLC may have to...

Blink Charging Co. is using cash acquired in a recent stock offering to expand its network of charging stations ahead...