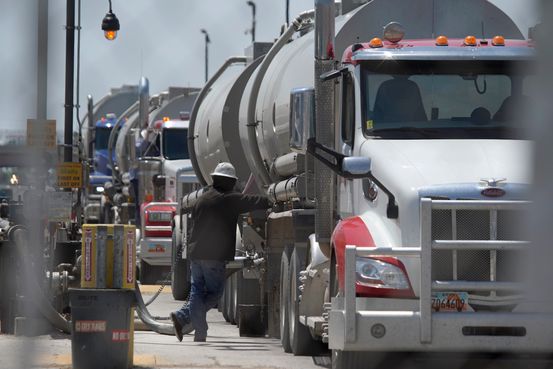 Consumer prices across the rich world rose at the fastest pace in more than 12 years during April, as central bankers try to figure out whether shortages that have emerged as the global economy reopens will prove transitory or have long-lasting consequences.

The Organization for Economic Cooperation and Development Wednesday said consumer prices in its 36 members, which are mostly rich countries, were 3.3% higher than in April 2020. That was the largest increase since October 2008.

Across the Group of 20 leading economies, which account for about four-fifths of global economic activity, the annual rate of inflation rose to 3.8% from 3.1% in March, reaching its highest level in over a year.

The jump in some prices over recent months has unsettled investors used to a long period of sluggish inflation. In the U.S. those concerns have been compounded by the Biden administration’s fiscal stimulus package, which is unmatched in any other part of the world economy.

“Market worries surrounding high and accelerating inflation stem from the risk that pent-up demand, strong fiscal stimulus and the Fed’s commitment to keep policy rates on hold will cause overheating,” said

in a note on the inflation outlook.

Much of the inflation recorded by the OECD in April came from what are known as base effects. The prices of many commodities fell sharply as large parts of the global economy were placed in suspended animation in April 2020, and so prices a year later seem higher than they are relative to the average over recent years.

Producers of oil and other commodities responded to the slump in demand during the early months of the pandemic by cutting back on their output. In a typical economic slowdown, it would have taken many months for demand to rebound. But during the pandemic households have adapted to working, educating their children and entertaining themselves from home by buying a range of durable goods, including electronic devices and furniture.

That mismatch between unexpectedly high demand and reduced supply has led to shortages of many of the things that factories need to make their products. Surveys of purchasing managers at factories around the world that were released Tuesday showed that activity rose at the fastest rate in 11 years during May, but the waiting times for delivery of needed supplies were the longest in the survey’s history. Factories reported that the prices they paid for inputs rose at the fastest pace in over a decade, while the prices they charged rose at the fastest pace on record.

But there are signs that supplies of raw materials are starting to increase. Members of the Organization of the Petroleum Exporting Countries and their allies, a group known as OPEC+, agreed Tuesday to a previously planned output increase of about 450,000 barrels a day, starting next month.

Saudi Arabia, meanwhile, agreed to continue easing separate, unilateral cuts of one million barrels a day that it put in place earlier this year.

The role that oil has played in the inflation pickup has triggered memories of the 1970s, when interruptions to the supply of that key commodity set off a series of other price rises that saw inflation jump to double-digit levels in many parts of the rich world.

Economists mostly think the risk of a repeat is very low, citing the many ways in which the global economy has changed over the past half-century. In the 1970s, strong labor unions secured pay rises that matched rising inflation, and businesses then raised their prices to maintain their profit margins, provoking a fresh round of wage demands.

“Many people are making the comparison with the 1970s, but the world is very different,” said

the OECD’s chief economist. “We’re more open, we don’t have the same level of unionization and indexation, and the demographics are different.”

To comply with a Dutch court order to cut carbon emissions, Royal Dutch Shell RDS.A -0.52% PLC may have to...