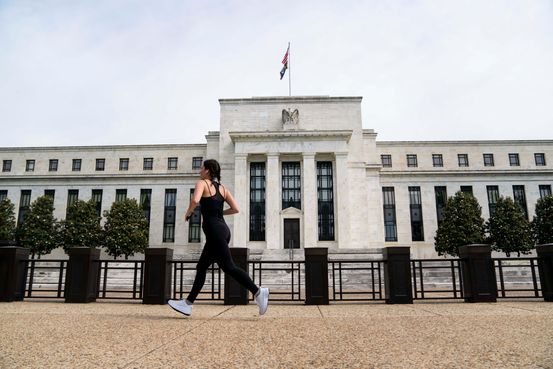 A growing number of economists are becoming concerned that the Fed could fall behind the curve on inflation as it seeks to aid the labor market’s recovery. If that happened, the central bank would have to tighten policy more abruptly than economists and market participants currently anticipate, dealing a potential blow to the economy and fueling market volatility.

“The intensity of the current inflation and the current bottlenecks in supply chains and labor markets is greater than I had anticipated,” said former Fed Vice Chairman Donald Kohn, adding that he still shares the central bank’s belief that the inflation pickup is temporary. “But it also could be that the underlying demand-supply balance will not correct as readily or as comfortably as the Fed and I had expected earlier. It’s got my inflation antenna quivering.”

The first step in what is expected to be a gradual process of scaling back easy money would be to slow Fed purchases of mortgage and government bonds, something Fed Chairman Jerome Powell has said he’s not in a hurry to do.

Consumer prices rose 5% in May from a year earlier, the Labor Department said Thursday. So-called core prices, which exclude volatile food and energy components, rose 3.8%, the largest annual jump since 1992. That followed strong price increases in April as well. The Fed seeks 2% inflation over the medium term, though it uses a different index as a gauge.

Move to a New City for Work? No Thanks

Fewer workers have been moving for new jobs during the pandemic. Will anyone want to when it’s over? The percentage...

Private-equity firm Platinum Equity has struck a deal to buy McGraw Hill from Apollo Global Management Inc. The deal for...

Bitcoin enthusiasts prize the cryptocurrency as beyond the reach of any government. Yet up to three-quarters of the world’s supply...

Italy’s Illycaffè Sets Its Sights on the U.S. Coffee Market

Andrea Illy, chairman of Illycaffè SpA, and grandson of the founder, wants more Americans to appreciate his family’s coffee. In...