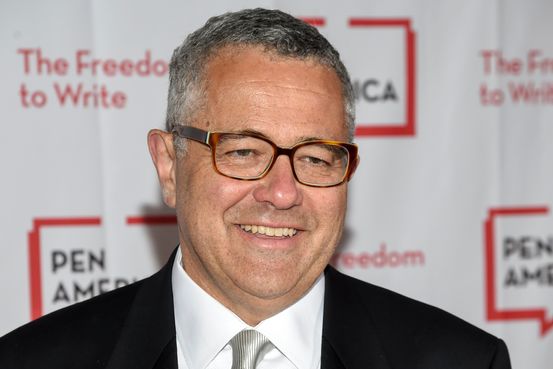 Mr. Toobin appeared on air on the 24-hour cable news channel Thursday afternoon, with anchor Alisyn Camerota, during which he admitted his actions last year were “deeply moronic and indefensible,” but that he was a “flawed human being who makes mistakes.”

The New Yorker announced it was parting ways with Mr. Toobin last November after conducting a probe into what had occurred on a team Zoom call in October. He had been a staff writer for the magazine for 27 years.

He asked for time off from his role as legal analyst at CNN and hadn’t appeared on air since.

“I have spent the subsequent seven months—miserable months in my life—trying to be a better person,” he told Ms. Camerota. “I’m in therapy, trying to do some public service, working in a food bank which I am certainly going to continue to do, working on a new book about the Oklahoma City bombing, but I am trying to become the kind of person that people can trust again.”

A former federal prosecutor, Mr. Toobin joined the New Yorker in 1993 as a legal-affairs reporter and made his mark covering the O.J. Simpson murder trial. For years, he contributed notable stories on the U.S. Supreme Court and other legal matters, and numerous profiles of high-profile individuals such as the longtime Republican operative Roger Stone.

Mr. Toobin has written many books, including “The Run of His Life,” which was adapted for television as the FX series “American Crime Story: The People v. O.J. Simpson.”

Write to Lukas I. Alpert at [email protected]

The Biggest Summer Travel Headaches and How to Avoid Them

Along with sunscreen and masks, you’re going to need to pack patience when you head out on your summer vacation....

One of the Federal Reserve’s most consequential challenges over the next few months will be communicating how it will pull...

The U.S. Prepares for a Blockbuster July Fourth

Mark Penzkover, a civil engineer near Milwaukee, jumped in his car the other day and like many others across the...

Former Trump adviser Jason Miller says a new, free-speech-focused social-media platform he is leading has received financial backing from a...