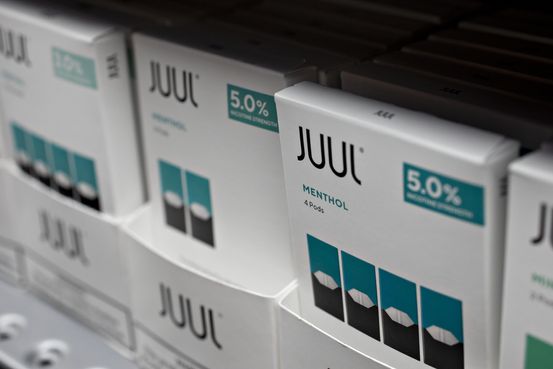 Juul Labs Inc. agreed to pay $40 million to the state of North Carolina to settle a lawsuit alleging that the e-cigarette maker had targeted underage users, resolving the first of a string of legal and regulatory challenges facing the once-hot startup.

The lawsuit by the attorney general of North Carolina was slated to go to trial in July, one of hundreds of similar cases brought against the vaping company by state officials, school districts and young people. Those cases are pending.

North Carolina’s lawsuit alleged that Juul designed and marketed its e-cigarettes to attract teenagers and misrepresented the potency of their nicotine.

Juul has said that it didn’t target young people and is working to regain the public’s trust.

As part of the North Carolina settlement, announced by state Attorney General Josh Stein on Monday, a trove of internal Juul documents will be deposited at a North Carolina university and will be made available to the public by July 2022. The settlement funds, to be paid over six years, will support scientific research on youth vaping cessation and curbing youth use.

Elon Musk’s Starlink Could Get Boost From German Subsidies

BERLIN—Germany could become the first large nation to subsidize the use of consumer satellite internet services such as that offered...

Federal Reserve Bank of Philadelphia President Patrick Harker said Thursday that while an interest rate rise lies some ways in...

Samsung Electronics Co. plans to build a roughly $17 billion chip-making plant in Taylor, Texas, according to people familiar with...

The U.S. Prepares for a Blockbuster July Fourth

Mark Penzkover, a civil engineer near Milwaukee, jumped in his car the other day and like many others across the...