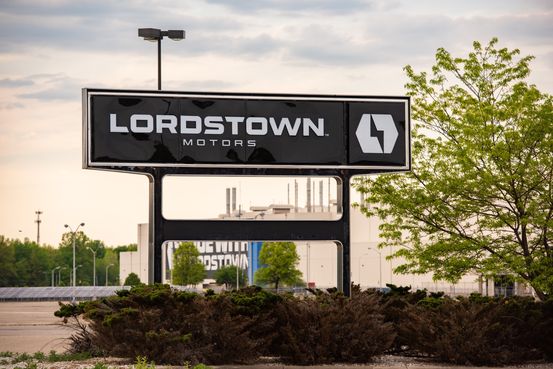 disclosed that it doesn’t have sufficient cash to start full commercial production and has doubts about whether it can continue as a going concern through the end of the year.

Lordstown Motors amended its annual report to include the going-concern notice, which can flag survival problems for businesses. The warning comes as new challenges emerge for the two-year-old company that is trying to convert a former General Motors Co. plant in Ohio to produce electric pickup trucks. It has said its first model, the Endurance, will start production in September.

A spokesman for Lordstown Motors said the company isn’t moving back its September target for start of production and hopes to raise more capital, potentially through asset-backed financing or a government loan program. He declined to comment on why a going-concern warning wasn’t included in the company’s original annual report filed in March.

As valuations for Tesla Inc. and Chinese highfliers such as

soared, investors piled into a few dozen electric-car newcomers that are looking to tap the growth potential of battery-powered vehicles. Lordstown Motors raised $675 million from its merger last fall in a deal that valued the aspiring truck maker at about $1.6 billion.

The startups garnered heady valuations despite a lack of revenue and the sizable capital requirements needed for vehicle production. Many of them have stumbled in their early lives as publicly traded companies, missing production targets, adding costs and changing their business models.

A pre-markets primer packed with news, trends and ideas. Plus, up-to-the-minute market data.

said on a call with analysts in late May that the startup would need to raise more capital to hit its target of building 2,200 pickup trucks by year’s end. The company said at the time that higher-than-expected costs were accelerating its cash burn and that it would finish the year with between $50 million and $75 million on hand.

In its filing Tuesday, Lordstown Motors disclosed that it had conducted an evaluation while preparing its 2020 financial statements and concluded there were substantial doubts as to the company’s ability to continue as a going concern in 2021. The company’s independent auditors shared the doubts, Lordstown Motors said in the filing.

Going-concern notices generally detail important uncertainties to a company’s future survival. They aren’t a death knell but can presage a debt default or bankruptcy filing if companies can’t resolve financial or operational difficulties.

Lordstown Motors also said in the filing that it found material weaknesses in its internal controls over financial reporting that could have led to material misstatements in its financial statements.

Shares in Lordstown Motors fell sharply on the news, dropping 16% to $11.22. The stock had traded as high as $15.80 earlier in the session. Its stock price, along with that of other electric-vehicle startups, has jumped in recent weeks, part of the broader market rally among stocks popular with individual investors. After the selloff Tuesday, the stock remains up 40% over the past month.

Some companies like Lordstown Motors with followings among bullish retail traders have used their lofty equity prices to issue stock to weather financial problems.

for example, raised financing in recent weeks thanks to its elevated stock price.

Lordstown Motors takes its name from the small town where the company acquired the closed GM assembly plant in 2019 for $20 million.

GM was facing criticism from then-President Trump for its decision to idle the factory, which had been one of the area’s largest employers since the 1960s. The Detroit auto maker then struck the deal to sell the plant to the upstart, which had been created only months earlier.

GM later forgave the purchase obligation, other loans and interest in exchange for 7.5 million shares of Lordstown Motors, or a 4.5% stake, according to a regulatory filing.

Lordstown Motors became a focal point during the 2020 presidential election, when President Trump praised the company as representing hope for manufacturing jobs in Ohio, a politically pivotal state. When the company unveiled the Endurance last June, then-Vice President

spoke at the event.

Mr. Burns visited the White House in September with a prototype Endurance truck and chatted with Mr. Trump before television cameras, with the president lauding the company’s technology.

Lordstown Motors plans to sell the Endurance, a truck starting at about $52,500, to commercial-fleet operators, for whom electric vehicles can offer lower operating costs relative to gas-powered ones.

But in recent months, its challenges have been mounting.

Lordstown Motors was targeted earlier this year by short seller Hindenburg Research, which alleged the company had misrepresented the strength of its truck preorders and its progress toward launching the Endurance later this year. Mr. Burns said shortly after the report’s publication that it contained half-truths and lies, in an interview with The Wall Street Journal.

The Securities and Exchange Commission also opened an inquiry related to the SPAC merger and the preorders of the company’s vehicles. Lordstown Motors has disclosed it received two subpoenas and said it was cooperating with the SEC inquiry.

The company earlier this spring was late in paying a roughly $424,000 county property-tax bill, according to public records. Lordstown Motors has since paid the bill and an additional penalty of roughly $42,000, the records show.

The electric-vehicle space was a red-hot market last summer, with investors plowing money into upstarts that had yet to produce a single car. Driving the fervor was Tesla’s 2020 stock surge and a rush on Wall Street to find the next challenger brand.

A broader boom in SPAC mergers further fueled the rise of electric-vehicle startups, giving the still-fledgling businesses a way to raise capital and go public outside the traditional initial-public-offering process.

About 30 companies specializing in electric-vehicle manufacturing, as well as related technology such as batteries and charging infrastructure, have struck deals to go public through SPAC mergers since March 2020 and to raise more than $21 billion from investors, according to data from Baris Guzel, a partner at

i Ventures, a venture-capital firm funded by BMW AG.

Traditional auto makers have also stepped up their investment in electric-vehicles this year and are emerging as tougher competition for the startups, particularly in key categories.

unveiled an all-electric version of its bestselling F-150 pickup truck with a starting price that undercuts the Endurance by more than $10,000.

—Mike Colias contributed to this article.

A Historic Nashville Music Venue—Now Open—Is Fighting to Survive. ‘Everything Has Changed.’

Hackers Stole $650,000 From Nonprofit and Got Away, Showing Limits to Law Enforcement’s Reach

Just before Christmas 2020, hackers began to steal from One Treasure Island, a nonprofit that is redeveloping its namesake island...

Inflation in Rich Countries Hit a 12-Year High in April

Consumer prices across the rich world rose at the fastest pace in more than 12 years during April, as central...