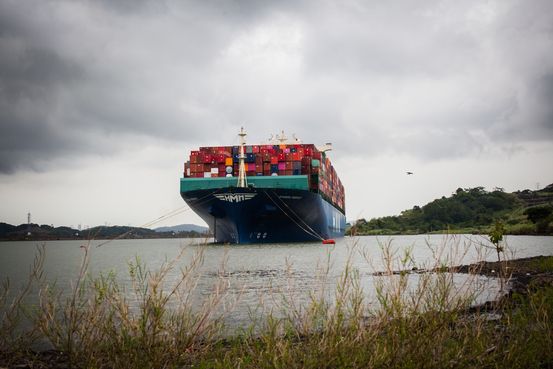 PANAMA CITY—The Panama Canal faces a creeping threat from climate change, including droughts so intense that ships sometimes reduce their cargo so as not to run aground, and giant storms that almost overwhelm its dams and locks, canal officials say.

The canal hasn’t had a major disruption like the one suffered by the Suez Canal in late March, when a container megaship ran aground for almost a week, tying up a chunk of global shipping at a time of rising bottlenecks in the world’s supply chains.

But the Panama waterway faces more serious long-term challenges that could also disrupt global shipping. The biggest problem is diminishing rainwater needed to operate the 50-mile waterway, through which 4% of global trade passes. Four of the past seven years have been among the driest since 1950, according to estimates from the state-run Panama Canal Authority.

“Our challenge is how to solve the water problem,” said Ricaurte Vásquez, chief of the Panama Canal Authority. There is too little water during the dry months, or too much all at once as warmer weather causes bigger storms to hit the area, including nearby hurricanes.

Canal authorities are working on a $2 billion plan to build infrastructure to manage and preserve freshwater reserves—an amount equal to the canal’s annual contributions to Panama’s government coffers. On Monday, officials said they would choose from among 30 proposed solutions and put those out for bids in about two years. The projects, with a completion target of 2028, are expected to be a combination of new dams and reservoirs, using treated sewage water, or finding alternative freshwater sources like diverting flows from other rivers. Authorities have also considered pumping desalinated seawater.

Playboy on sale in France in July 2020. Photo: Raphaël Pueyo/Le Parisien/Maxppp/Zuma Press The owner of the Playboy brand is...

A gusher of money is spilling out from the U.S. economy and rippling around the world, driving the global recovery...

Why a Grand Plan to Vaccinate the World Against Covid Unraveled

This spring, American epidemiologist Seth Berkley had to break some bad news to the world’s poorest countries: millions of Covid-19...