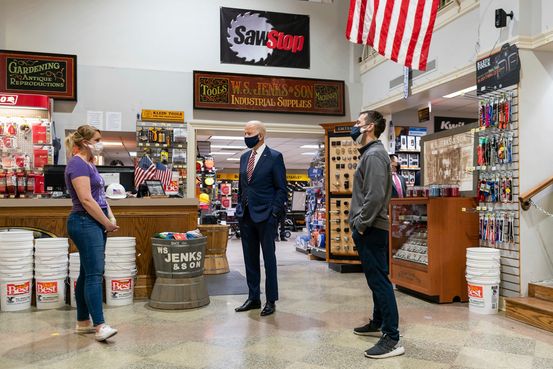 The federal government’s Paycheck Protection Program closed to new applications Friday as funding was on track to be exhausted. That marked the end of a $961 billion emergency effort that helped millions of small businesses survive the pandemic but was dogged by fraud claims and criticism that it didn’t reach the neediest businesses.

The program had been scheduled to end on May 31, but the Small Business Administration on Friday said in a notice to lenders that “due to the high volume of originations today, the portal will be closing for new originations” that evening.

Created by the $2 trillion Cares Act that became law in March 2020, the PPP offered coronavirus aid in the form of loans that could be forgiven provided recipients used the funds to retain workers and on other allowable expenses.

The SBA as of May 23 had approved 11.6 million PPP loans totaling roughly $796 billion across the program’s first round, from April to August last year, and its second round, which began in January. Banks and other lenders issued the loans, which the SBA guaranteed.

After the program’s general funding was exhausted in early May, funds had remained only for certain community lenders to issue the loans. The SBA’s Friday notice said these lenders had submitted 125,000 origination requests in the preceding 24 hours.

Thanksgiving will test whether airlines have done enough to insulate their operations from shocks that have roiled air travel in...

Dollar General has reported 31 consecutive years of growth and is opening new U.S. stores every day. In this video,...

SINGAPORE— China Evergrande Group raised around $145 million in recent days by selling a chunk of its shares in a...