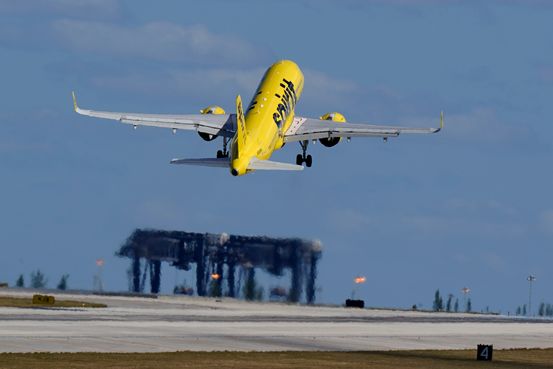 SE laid out a long-term plan to return aircraft production to pre-pandemic levels, putting its suppliers and customers on notice that it is betting air travel, and jet demand, will bounce back quicker than others expect.

Airbus said it plans to lift production of its bestselling A320 narrow-body to 64 a month by the second quarter of 2023—topping its 2019 average monthly output of 60. It set out a longer-term ambition of reaching 70 a month at the beginning of 2024. That could rise to 75 in 2025, the company said.

At the start of the crisis, Airbus cut rates across its programs by roughly 40% and reduced its A320 output to 40 a month.

The new rate plan for the A320neo is “markedly higher” than previous expectations, according to

an aerospace analyst at Jefferies in London. Jefferies had forecast an average production rate of around 52 a month in 2023, and 57 a month in 2024. Airbus shares were up almost 6% in midday European trading.

Industry executives have repeatedly said they expect travel demand to stay below pre-Covid levels for years. While Airbus has penciled in two full years before its factories are back where they were before the crisis, it is essentially telling its globe-spanning supply chain that the plane maker is sticking to what has been for months a more optimistic forecast for air travel recovery than many in the industry.

told his suppliers Thursday he expects them to make the investment now needed to deliver parts and services for a significantly ramped up production schedule down the line.

“The aviation sector is beginning to recover from the Covid-19 crisis,” Mr. Faury said in a statement outlining the higher production targets. “The message to our supplier community provides visibility to the entire industrial ecosystem to secure the necessary capabilities and be ready when market conditions call for it.”

In early 2020, air travel all but disappeared as passengers shunned the risk of getting on a plane amid the pandemic, and governments enacted travel bans to try to prevent the spread of the disease across borders.

Airbus slashed production and used the crisis to restructure its manufacturing footprint. At the start of the pandemic, it outlined plans to cut as many as 15,000 staff. It has also retooled factories, consolidated locations and reorganized parts of its business, particularly in its aerostructures units, to lower costs. Mr. Faury, though, has pushed to keep production rates at a high-enough level to protect Airbus’s ability to ramp up quickly when it sees the market recovering.

In recent months, domestic travel has bounced back strongly in some big markets, including China and the U.S., as infection rates drop and as a U.S. vaccination drive progresses relatively quickly.

Airlines have started buying jets again. Airbus so far this year has snatched new orders for 87 aircraft, including 25 of the biggest A320 variant from

In promising higher production rates, Airbus may be able negotiate better pricing with suppliers eager to ramp back up themselves. It also signals to airlines and jet-leasing customers that Airbus will be ready to deliver planes again once demand returns. Before the crisis, Airbus and rival

“Airbus has clearly decided it needs to stress-test its suppliers, and check that they actually can (and will) deliver to higher rates,” Sash Tusa, an analyst at London-based Agency Partners, said. “It is also sending strong signals to customers, including lessors, that it can and will deliver aircraft to existing commitments.”

Boeing, meanwhile, has outlined plans to increase its output to 31 737s a month in early 2022, with “further gradual increases to correspond with market demand.” Airbus has previously laid out plans to reach production of 45 A320s a month by the second half of this year.

Airbus also outlined Thursday production plans for its other families of aircraft, including raising rates of its smallest A220 to six a month in early 2022 and to a rate of 14 by the middle of the decade.

Airbus said it is aiming to lift its A350 production to six a month from autumn next year. That compares with five now and as many as 10 before the pandemic. It didn’t outline a production increase for its A330, which has struggled to sell. Production of that plane will remain at an average rate of two a month, down from around three to four before the crisis.

Pinterest Inc. PINS -0.69% said Thursday it will ban advertisements with weight-loss language and imagery on its platform, as the...

Amazon Primed Andy Jassy to Be CEO. Can He Keep What Jeff Bezos Built?

One of the signature traits of Andy Jassy’s leadership of Amazon.com Inc.’s cloud-computing unit was a meeting tool called “the...

Didi Global Inc.’s stock jumped on the first day of trading after its IPO, as investors gobbled up shares of...

Inflation in Rich Countries Hit a 12-Year High in April

Consumer prices across the rich world rose at the fastest pace in more than 12 years during April, as central...