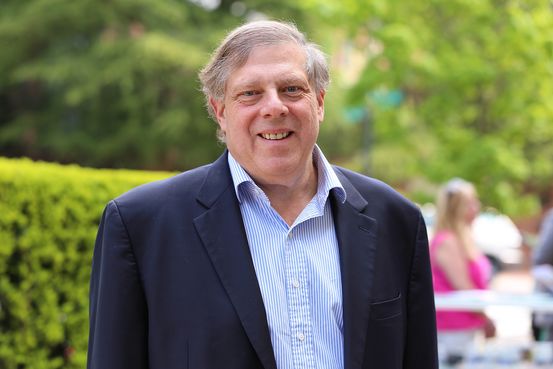 Indaba Capital Management LP said in a letter to the Special Committee of the Board of Directors, created by independent board members at MDC to evaluate the merger proposal, that the proposed deal is “conflict-riddled and poorly-structured,” adding that it plans to vote next month against it. Indaba owns about 12% of MDC’s stock.

CMO Today delivers the most important news of the day for media and marketing professionals.

In the letter, Indaba claims the structure of the proposed deal undervalues MDC, and that the proposal to provide MDC shareholders with 26% ownership of the combined company is too low. Indaba said MDC shareholders should own 37.5% to 40% of the new entity.

MDC and Stagwell are both led by

He has been chief executive of MDC since 2019 and is the founder and managing partner of Stagwell.

“Although we believe that management has done an impressive job navigating through the pandemic and driving improvements at MDC, that is not a justification for the Special Committee to essentially rubberstamp the unfair terms desired by Stagwell and Mr. Penn,” Indaba wrote in its letter.

The committee responded with a statement. “We are disappointed that Indaba has chosen to take its private concerns public and believe its analysis and other suggestions are inaccurate and irresponsible.”

Making the case for the merger, the committee in its statement added that Stagwell’s digital assets and revenue growth will help lift MDC. “MDC has been in the midst of a transformation, but has not yet returned to organic growth and remains constrained by the high leverage on its balance sheet as well as a portfolio of agencies that are heavily weighted to creative and traditional advertising,” it said.

Indaba’s move is the latest headache for MDC, which has experienced a number of leadership and financial challenges in the last decade, including client cutbacks and a slowdown in new business at some agencies, a board shake-up instigated by activist investor FrontFour Capital Group LLC, and an earlier Securities and Exchange Commission investigation into the company’s accounting practices and the expenses of its then-chief executive

The company agreed to pay a $1.5 million civil penalty to the SEC to resolve the probe.

Stagwell, which is backed by ex-

took a $100 million minority stake in MDC as part of the deal that made Mr. Penn MDC’s CEO.

Indaba’s letter describes a potential conflict with Mr. Penn running both companies, saying the special committee should focus on eliminating even the appearance of a conflict of interest.

Mark Penn’s financial interests and incentives are greater at Stagwell than at MDC, Indaba said in its letter, referring to a regulatory filing that includes terms of his financial arrangement at Stagwell. “We believe that Mr. Penn has all the incentives to root for Stagwell, not MDC Partners Inc., with regards to terms of the pending transaction,” it wrote.

A spokesperson for MDC Partners, citing a proxy statement, said the independent special committee was formed with independent financial advisers and lawyers to negotiate a deal on behalf MDC shareholders and to mitigate and avoid any conflict.

Indaba in its letter also requests that the committee revisit the determined fair stock value range for MDC’s shares and increase it to reflect recent improvement in the share prices of the ad industry’s large agency holding companies.

“Its findings and value range reflect a pandemic-ravaged environment rather than an economy in recovery,” Indaba said.

Jeff Bezos and Other Space Tourists Fly at Their Own Risk

When Jeff Bezos climbs into the New Shepard capsule for its first passenger trip to space next month, his safety...

Prices for hogs in the U.S. are tumbling in the wake of China’s announcement that the country’s herds have recovered...

Apollo Global Management Inc. is taking a stake in financial-technology investor Motive Partners, a move aimed at beefing up the...

WASHINGTON—On his first foreign trip, President Biden will seek to rally European partners and other democratic nations against what he...