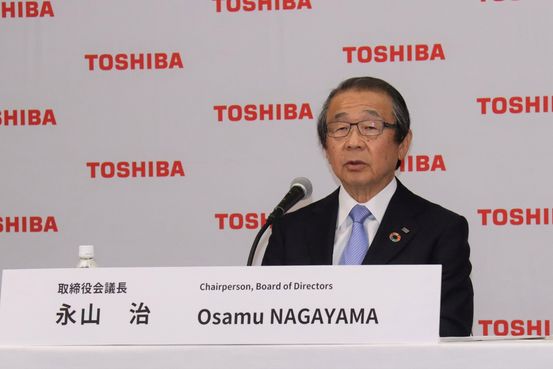 TOKYO—When Toshiba Corp.’s shareholders ousted the company’s chairman last week, it was a symbolic instance of foreign activist investors wielding influence in the Tokyo market. But it wasn’t the only one.

Activists say they have found companies more receptive to their demands recently, and they expect the Toshiba example to empower them further by showing what can happen to corporate leaders who brush back foreign investors.

“We are seeing a greater degree of openness from Japanese companies than ever before,” said Chris Vilburn, head of Asia stewardship at Goldman Sachs Asset Management.

Activists held stakes in just over half of the companies in the 225-issue Nikkei Stock Average as of December, according to IR Japan Holdings Ltd., which advises companies on investor relations. The comparable figure for the S&P 500 was 59%, putting Japan not far behind the U.S. “We expect this trend to continue next year and beyond,” said IR Japan’s Fuka Tanaka.

There were 44 activist funds working in Japan as of last year, quadruple the figure five years earlier, according to CLSA strategist Nicholas Smith.

U.S. airports are set to receive $8 billion in government grants to help them emerge from the coronavirus pandemic that...

Shares in Germany’s CureVac CVAC -3.47% NV fell by almost half in premarket trading, pointing to hefty losses for investors...

Poultry giant Sanderson Farms Inc. SAFM 6.96% is exploring a sale, according to people familiar with the matter, as demand...