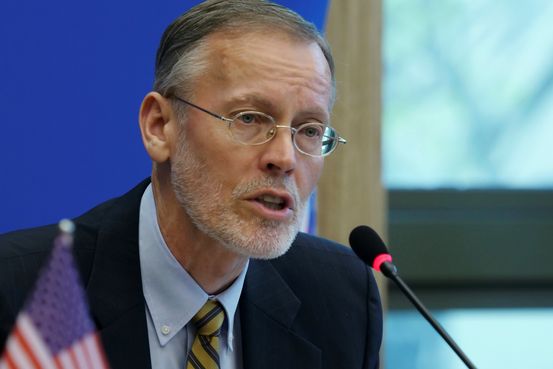 TAIPEI—The U.S. will revive trade and investment talks with Taiwan next week in a move intended to draw Washington and Taipei closer that also is likely to irk Beijing.

The de facto U.S. embassy in Taipei, the American Institute of Taiwan, said Friday that its director,

and Taiwan’s representative in the U.S.,

will convene a meeting by videoconference Wednesday with participants from the Office of the U.S. Trade Representative and Taiwan’s trade office.

An announcement was anticipated after Secretary of State

said earlier this month that Washington planned to engage with Taiwan soon on trade, without sharing a timeline.

The two sides will engage under a trade and investment framework first signed in 1994. Such agreements create the basis for recurring dialogue on trade issues, and sometimes serve a precursor to full-fledged free-trade agreements. Taipei and Washington last met under the framework in 2016.

A complete list, with links, of every article from the day’s Journal.

In the past year, the U.S. State Department sponsored lower-level discussions on closer economic and business relations, helping lay the groundwork for more serious talks. Taiwanese President Tsai Ing-wen, eager for closer engagement with the U.S., eased a ban on imports of American beef and pork in a bid to spur talks that she hoped would lead to a full bilateral trade agreement similar to those the U.S. has with major economic partners like Canada and Mexico.

declined to launch trade talks with Taiwan, in part because he wanted to preserve a trade agreement with Beijing, according to people familiar with the matter.

The revival of discussions under

is the latest indication of the new U.S. administration’s intention to continue cultivating ties with Taiwan. Recently, the U.S. shipped 2.5 million vaccine doses to Taiwan, offering much-needed help to the island as it battles a spike in domestic Covid-19 cases. Only a fraction of Taiwan’s 24 million people have been administered vaccines.

China’s Taiwan Affairs Office and Ministry of Foreign Affairs didn’t immediately respond to a requests for comment sent after business hours on Friday.

The Chinese government opposes all forms of official exchange between the U.S. and Taiwan and has objected to the trade talks as well as to the U.S. vaccines. Beijing regards the democratically self-ruled island as a part of Chinese territory and has vowed to use military force if necessary to take over the island.

Last week, Beijing sent 28 military aircraft into airspace near Taiwan—the largest number of such sorties reported in a single day—after the Group of Seven leaders issued a communiqué expressing a unified stance on the importance of peace and stability across the Taiwan Strait.

The U.S. is Taiwan’s second-largest trading partner. Taiwan is the world’s biggest supplier of advanced semiconductors, exporting billions of dollars worth in chips and computer and telecommunications equipment to the U.S. last year.

Rethinking Pay and Benefits in a Hybrid Workplace

Imagine this workplace scenario: As the pandemic recedes, employees in Company X are given the option of returning to the...