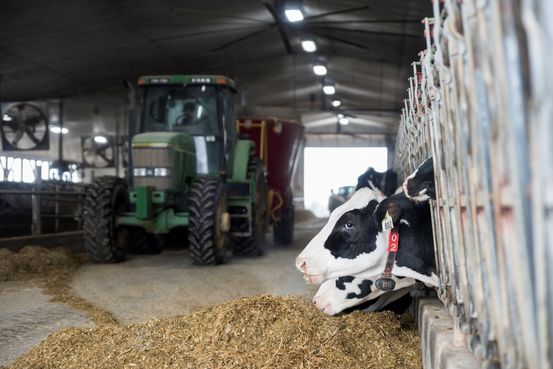 The Biden administration initiated a dispute process against the Canadian dairy industry, triggering the formal dispute mechanism of the new U.S.-Mexico-Canada Agreement for the first time.

The U.S. dairy industry has long complained about policies in Canada that prevent sales in their market, and the issue has won the support of many members of Congress who represent the major dairy-producing states. Canada’s dairy protection was one of the key sticking points of the negotiations over the USMCA which was agreed to in 2018, and the U.S. dispute amounts to a formal accusation that Canada isn’t living up to the terms of the agreement.

“Launching the first panel request under the agreement will ensure our dairy industry and its workers can seize new opportunities under the USMCA to market and sell U.S. products to Canadian consumers,” said

The U.S. alleges that Canada has used a complex system of tariff-rate quotas that sets aside a share of the dairy market exclusively for Canadian dairy processors, and that the system is in violation of what Canada agreed to in 2018.

The U.S. is now escalating the dispute by requesting the creation of a formal dispute settlement panel. The panel would hold hearings to understand the issue and release a report later this year. If the U.S. prevails, Canada would then have to bring its practices into compliance. If they didn’t, the U.S. would eventually be able to impose tariffs.

The move is part of a series of steps the Biden administration has taken to enforce the USMCA. Earlier this month, the U.S. initiated a review of a union vote at a

“These enforcement actions reflect the Biden-Harris administration’s deep commitment to enforcing the USMCA and to ensuring that U.S. trade policy works for America’s workers,” the office of the USTR said.

According to the International Trade Commission, the USMCA—if implemented as negotiated—would boost U.S. dairy exports by more than $314 million a year.

Canada’s dairy producers have long fought against opening the market. The country has around 11,000 commercial farms that hold substantial political sway because they are located in a politically important region: rural central Canada, especially French-speaking Quebec.

Lordstown Motors Corp. RIDE -17.56% said its chief executive and top financial leader have resigned, decisions that come amid a...

Europe’s Economy Springs Back to Life, but Shortages Boost Prices

Europe’s economy looks set for a return to growth in the three months through June, with business surveys pointing to...

A ransomware attack against JBS SA JBSAY -0.33% sent shock waves throughout the U.S. food industry and exacerbated tension between...

More than a year into America’s great work-from-home experiment, many companies have hailed it largely as a success. So why...