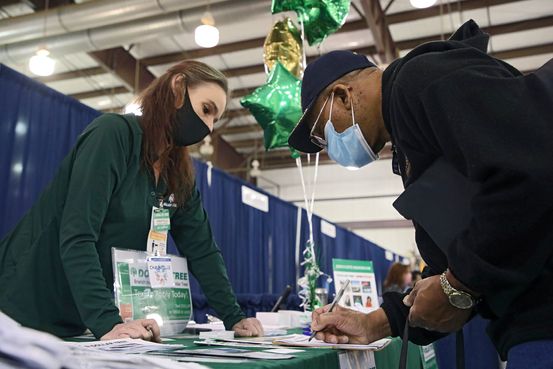 More than three-quarters of Republican-led states plan to end an extra $300-a-week in federal jobless benefits early, as unemployment claims reach pandemic lows, likely triggering a decrease in the number of benefits recipients this summer.

This week Texas, Oklahoma and Indiana joined the list of at least 21 states that are cutting off access to federal benefits early after a much weaker-than-expected April jobs report sparked concerns of labor shortages. States are opting out of the $300 supplemental benefit, extended payments and benefits for gig-economy and other workers not typically eligible for unemployment benefits.

States have announced dates ranging from mid-June to mid-July for when they will stop processing pandemic-related benefits. That means nearly 3.5 million individuals could lose the $300 weekly benefits—which were set to expire in early September—beginning in mid-June, according to estimates by forecasting firm Oxford Economics.

Of those, about 1.4 million will also lose pandemic benefits for gig workers, and about 1.1 million will no longer have access to extended benefits that kick in after claimants exhaust their regular state benefits.

A Historic Nashville Music Venue—Now Open—Is Fighting to Survive. ‘Everything Has Changed.’

Former Fox News anchor Ed Henry sued the cable channel Wednesday, accusing his former employer of defaming him in a...