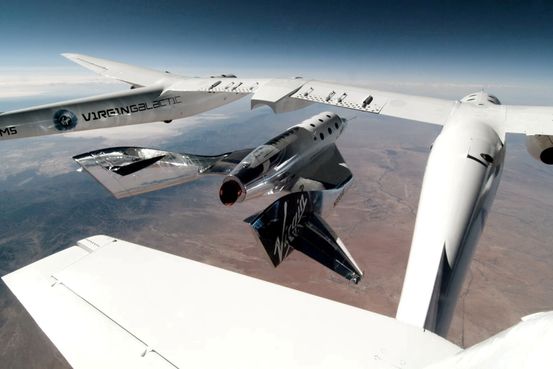 Shares of Virgin Galactic rose more than 15% in early-morning trading. Shares are up 164% so far this year.

Virgin Galactic and Blue Origin, a company founded by Amazon.com Inc. founder Jeff Bezos, are competing in the consumer space race. After years of delays, the two companies are promising passengers a short joy ride for prices expected to be less than $500,000, based on prior comments from Virgin executives.

Mr. Branson plans to join a Virgin Galactic crewed test flight later this year. Earlier this month, Mr. Bezos said he plans to travel to space on July 20 as part of the first crew carried by Blue Origin, the Amazon.com founder’s space company.

Friday’s move is an adjustment to Virgin Galactic’s operator’s license, which the company has held since 2016.

BRUSSELS—U.S. corporate giants are being hit so hard by a European smuggling wave that even the White House has weighed...

Amazon and Other Tech Giants Race to Buy Up Renewable Energy

The race to secure electricity deals for power-hungry data centers has tech companies reshaping the renewable-energy market and grappling with...

Elon Musk’s Starlink Could Get Boost From German Subsidies

BERLIN—Germany could become the first large nation to subsidize the use of consumer satellite internet services such as that offered...