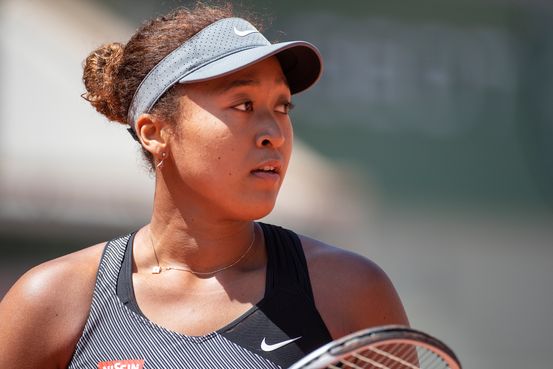 did something this week that would be unthinkable in many workplaces. Citing her struggles with depression and social anxiety, she said she wouldn’t be able to carry out what some see as a key part of a professional tennis player’s job: talking to the press.

The 23-year-old Ms. Osaka—the world’s highest-paid female athlete—isn’t a typical professional, nor is the French Open a traditional workplace. But Ms. Osaka’s openness about her mental-health struggles is a public example of private issues companies are increasingly facing as a young generation more candid about such challenges joins the workforce, employers say.

Companies have been adjusting to meet employees’ needs with more mental-health support and services in recent years. Yet Ms. Osaka’s announcement and subsequent tournament withdrawal highlights an especially thorny question: How can an individual’s mental-health needs be accommodated when those needs affect the ability to do parts of the job?

Get ahead and stay informed about careers, business, management and leadership.

Data show a gap between how well employers think they are supporting employees and how supported those employees feel. A survey by McKinsey & Co. published earlier this year found that 65% of employers say employee mental health is supported well or very well; 51% of employee respondents agreed.

Survey research also indicates that younger workers are more likely than older colleagues to report mental-health struggles. According to data from the Centers for Disease Control and Prevention and the U.S. Census Bureau, rates of people between 18 and 29 years old reporting symptoms of anxiety or depressive disorders rose from 49% to 57% in surveys conducted between August 2020 and February this year. By contrast, those figures for respondents in their 50s were 35% and 41%, respectively.

The Americans with Disabilities Act counts mental illness as a protected disability if it substantially limits a major life activity, like working. In such a case, employers are required to work with employees to find accommodations that may enable them to do their job, such as more frequent breaks or written instructions instead of verbal ones. But symptoms of conditions covered by the act, such as severe anxiety or post-traumatic stress disorder, can be ambiguous and highly individual, making accommodations a challenging area for companies to navigate, say employment attorneys and disability experts.

Situations become more complicated if an employee can’t fulfill a core obligation of the job, says

of the law firm Ogletree Deakins, who advises and trains employers on issues including mental health. “If you’re putting on a roof, you’ve got to be able to put on a roof,” she says.

Ms. Danaher says some employers are becoming less rigid about key job requirements, such as public speaking or coming into the office for a fixed set of hours, particularly in professional, white-collar settings. The Covid-19 pandemic has helped more employers understand workers’ individual needs and accept that work can often be done more flexibly or in ways more tailored to individual needs, she says.

director of the Center for Workplace Mental Health at the American Psychiatric Association Foundation. For many companies, she says, adapting to younger workers’ outspokenness about their mental-health needs and demands has become a matter of competing for and retaining talent.


— Darcy Gruttadaro, director of the Center for Workplace Mental Health

The pandemic prompted about 16% of employers to expand mental-health benefits, according to a survey by the International Foundation of Employee Benefit Plans. The past year “has had a leveling effect on our willingness to open up and talk about our mental-health stresses,” says Abinue Fortingo, director of health management at the employer-advisory firm Willis

His company’s clients, he says, are reporting double-digit increases in costs associated with behavioral healthcare for employees.

Even so, employees worry about a possible stigma associated with seeking mental-health support. More than 40% of workers say they would fear retaliation if they sought such care or took time off for mental health, according to a poll conducted earlier this year by the American Psychiatric Association.

Many young workers are entering workplaces from colleges and schools where they received accommodations, such as extra time to take tests or complete assignments. But the workplace can be less forgiving.

Employers will work to accommodate mental-health needs, but there are limits, says

an attorney at the law firm Cozen O’Connor who specializes in mental-health accommodations in the workplace.

Some employers worry that granting accommodations to one worker, such as allowing remote work for an anxiety sufferer or extended leaves of absences, could set precedents, she says. “Maybe you could accommodate it for one person, but accommodating it for 20 people is another ball of wax,” she adds.

Tackling mental health at an individual level can be challenging for companies, says

Mr. Dunn, who until last year served as senior vice president of digital consumer brands at

which acquired Bonobos in 2017, recalls an instance in which one employee had been acting mercurially and speaking in a demeaning way to other employees. Though company officials suspected mental-health issues were at play, Mr. Dunn says they didn’t know what to do, and the employee ultimately left the company.

“We handled it poorly,” he says. “There’s a lack of a blueprint on how to approach these scenarios.”

Other difficult questions he has confronted as a leader, he says, include handling leaves of absences for workers facing mental-health struggles, which often don’t fit the same clearly defined periods that companies are accustomed to handling, such as parental leaves.

Still, greater awareness about the issue helps companies and workers move forward, says Mr. Dunn, who began speaking publicly about his own struggles with depression in 2013. For that reason, he says, when people like Ms. Osaka speak up, the ripple effects can be substantial, prompting others to feel more comfortable doing the same.

“It just makes space for other people to not feel so alone, and to give voice to their struggle,” he says.

Covid-19 Testing Could Be a Viable Long-Term Business Bet

With slow vaccination rates threatening the likelihood of herd immunity, companies and federal and state governments are pouring billions of...

This Year’s Influx of Directors Starts Shift in Boardroom Diversity

The biggest U.S. companies sharply increased the number of new Black and Latino directors named to their boards this spring,...