‘My tummy hurts’: Six-year-old boy dead in US road-rage shooting

A six-year-old boy in Los Angeles was killed in a “road rage” incident as he was being driven to school, US media reported, the latest of a growing number of young victims of gun violence in the United States.

The incident appeared in some ways typical of the way a moment of anger, coupled with pervasive gun ownership, can take a high collateral toll.

It began, according to media reports, when a woman was driving on the 55 Freeway with her young son, identified as Aiden Leos, in the back.

In what police said was a case of road rage – after one car apparently cut off another – someone suddenly fired a single shot from behind, striking the rear of the Leos car and piercing Aiden’s back, news media reported.

Virgin Galactic Holdings flew a test flight to space for the first time in more than two years, a critical step in its path towards commercial service following a series of issues that have beset the company.

The VSS Unity test flight from New Mexico on Saturday helps put the company back on its stated schedule of flying company founder Richard Branson to suborbital space as early as this summer, and resuming ticket sales.

Thousands rally in France in support of Palestinians 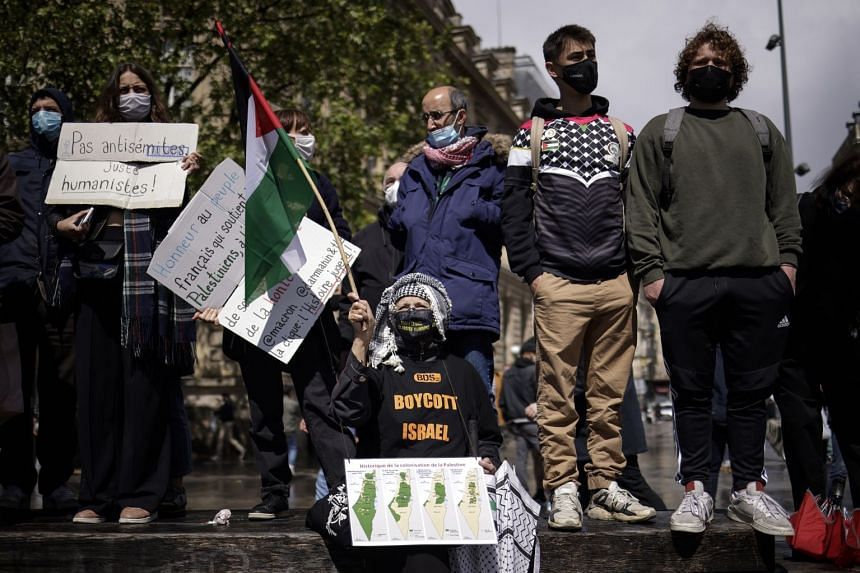 Several thousand people marched on Saturday in Paris and other French cities in support of Palestinians after an 11-day conflict with Israel that killed more than 260 people on both sides.

Thousands are homeless in the impoverished enclave of Gaza where a ceasefire on Friday ended deadly Israeli air strikes on the besieged territory and rocket fire out of it towards Israel.

“A ceasefire does not resolve the question. This fight concerns all those who are attached to the values of justice, dignity and law,” said Bertrand Heilbronn, president of the France Palestine Solidarity Association which organised the Paris rally and other demonstrations. 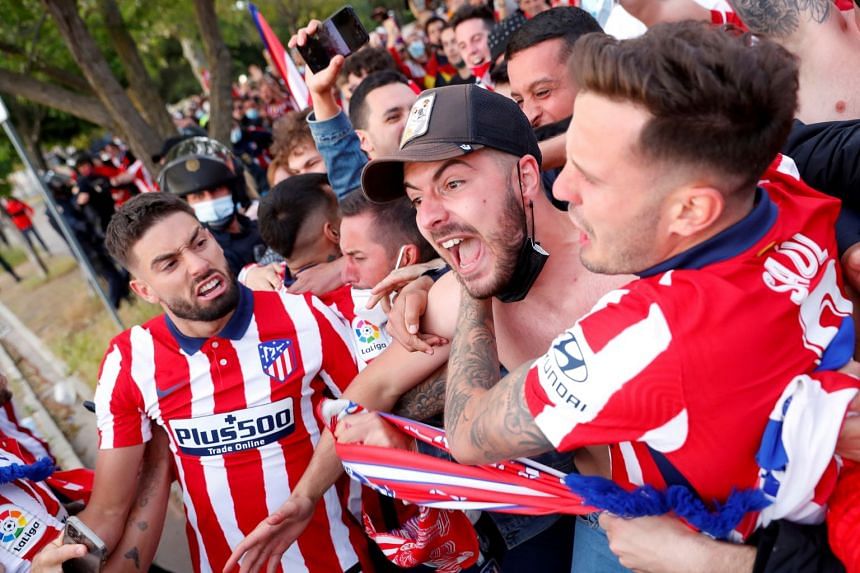 The incident happened as the teenager was in a van with friends. He is believed to have suffered a brain injury after hitting his head against the wall of an underground car park.

At the time of the accident, more than 2,000 Atletico supporters were celebrating their side’s 11th league title win around Neptune Fountain.

Fans to vote from home as Eurovision song contest returns 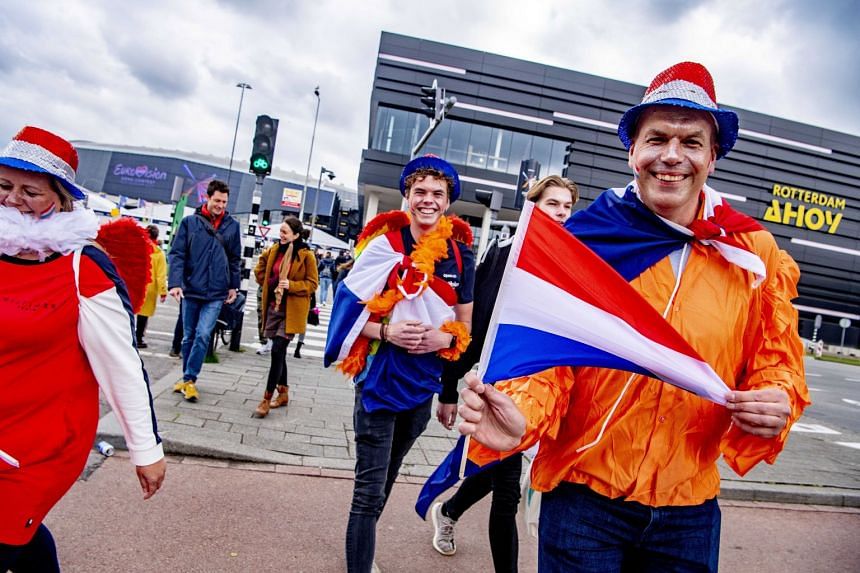 The kitsch pop songs of the Eurovision Song Contest battled for votes on Saturday as the world’s most popular live music event was reprised in the Netherlands after skipping a year due to the coronavirus pandemic.

“We are happy that this event is possible, in a moment like this, after a tough year like this,” said Victoria de Angelis of Italian group Maneskin.

Twenty six nations will compete in Saturday night’s final, which should send “a message of hope for the rest of Europe”, she said. Her band’s glam rock song “Zitti E Buoni” is tipped as one of the favourites.

MONTREAL (AFP) – Canada flew its flags at half-mast Sunday (May 30) in mourning for 215 children whose remains were...

LONDON (REUTERS) – The original source code for the World Wide Web that was written by its inventor Tim Berners-Lee...

PORTLAND, OREGON (FINANCIAL TIMES) – When Caleb Coder helped set up an emergency shelter in the US city of Portland...

JERUSALEM (REUTERS) – Prime Minister Benjamin Netanyahu faces an end to his long hold on power in Israel on Sunday...

NEW YORK (NYTIMES) – A masterclass by renowned violinist Pinchas Zukerman was supposed to be the highlight of a recent...

WASHINGTON – It is the unofficial start of summer in the United States: Mask mandates are gone and mimosa brunches,...

MOSCOW (REUTERS) – The chief of Myanmar’s air force and other military officials are visiting Moscow on Thursday (May 20)...

DUBAI (REUTERS) – The election of a hardline Iranian president has so far been met with silence from Saudi Arabia,...

SINGAPORE – European Union (EU) members are easing curbs in preparation for the peak tourist season this summer, but concerns...

STOCKHOLM (AFP) – Sweden’s government is under threat of being toppled on Monday (June 21) as it faces a no...

LONDON/MOSCOW (REUTERS) – Russia on Thursday (June 24) accused Britain of spreading lies over a warship confrontation in the Black...