President Joe Biden ordered aides to determine the origin of the virus that causes Covid-19, saying on Wednesday that US intelligence agencies are pursuing rival theories potentially including the possibility of a laboratory accident in China.

Intelligence agencies are considering two likely scenarios but still lack strong confidence in their conclusions and are hotly debating which is more probable, Biden said.

The conclusions were detailed in a report to Biden, who asked his team in March to detail whether the novel coronavirus “emerged from human contact with an infected animal or from a laboratory accident,” according to the president’s written statement.

Biden’s unusual public disclosure about private and inconclusive US intelligence assessments revealed a debate raging within his administration over where the novel coronavirus originated. 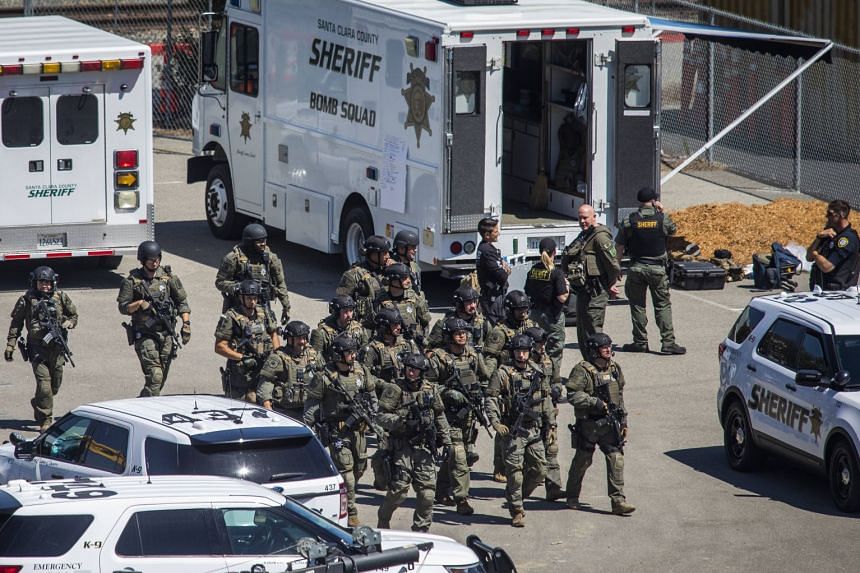 A transit employee shot eight co-workers to death and was himself killed at a commuter rail yard in San Jose, California, on Wednesday, authorities said, in the latest burst of deadly mass gun violence to grip the United States.

Authorities did not immediately offer many details or a possible motive for the shooting, which unfolded about 6.30am Pacific Time (9.30pm Singapore time) at a light-rail yard of the Santa Clara Valley Transportation Authority (VTA).

A bomb squad was searching the yard after at least one explosive device was found, Santa Clara County Sheriff’s Deputy Russell Davis said at a news conference.

Pope Francis kissed the number tattooed on the arm of a survivor of medical experiments at the Auschwitz Nazi concentration camp when she was introduced to him on Wednesday.

The pope listened intently as a Polish priest who accompanied Lidia Maksymowicz, 80, told him of her story during a general audience in the Vatican’s San Damaso Courtyard.

She then rolled up her left sleeve to show him the number – 70072. He kissed it and she hugged him.

Stargazers across the Pacific cast their eyes skyward on Wednesday to witness a rare “Super Blood Moon”, as the heavens aligned to bring a spectacular lunar eclipse.

The first total lunar eclipse in two years took place at the same time as the Moon was closest to Earth, in what astronomers say is a once-in-a-decade show.

Anyone living between Australia and the central United States was able to see an enormous, bright, orangey-red Moon if the skies were clear. 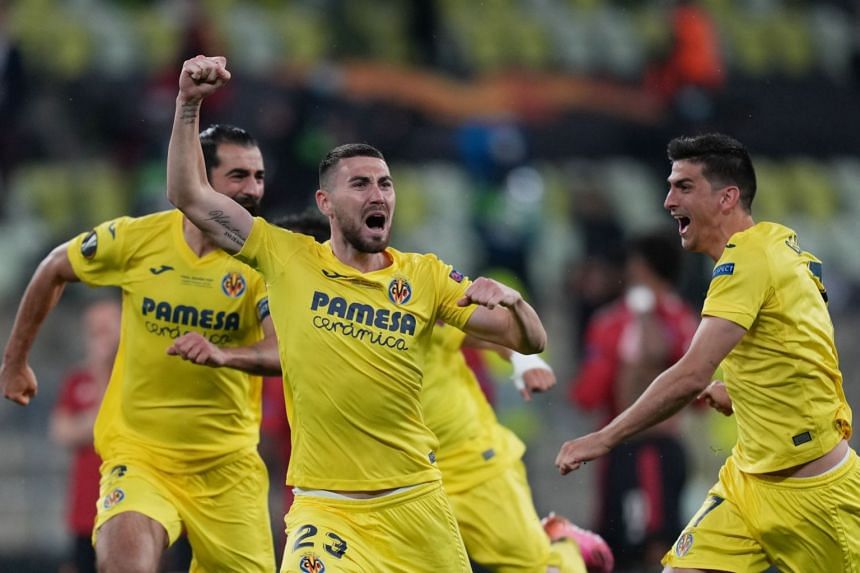 In the first European final to be played in front of a crowd in two years amid the Covid-19 pandemic, Villarreal survived a tough second half to secure a 1-1 draw after extra time before going on to edge a tense shootout.

The win gave Villarreal coach Unai Emery a record fourth title in the competition, leaving United without a trophy since their Europa League triumph in 2017.

GENEVA (REUTERS) – The World Health Organization (WHO) is setting up a technology transfer hub for producing mRNA Covid-19 vaccines...

BOGOTA (AFP) – Colombia’s government resumed negotiations with demonstrators to end more than a month of protests on Sunday (May 30),...

MADRID (REUTERS) – The number of foreign tourists visiting Spain rose to 630,657 in April from a virtual zero in...

SEATTLE (REUTERS) – A seat on a spaceship ride with billionaire Jeff Bezos went for US$28 million (S$37 million) during...

CARBIS BAY, UNITED KINGDOM (AFP) – Emmanuel Macron wrapped his arm around Joe Biden’s shoulders when they met for the...

PARIS (AFP) – Britain’s Brexit minister is due in Paris Thursday (Nov 4) for talks on the fishing rights crisis...

ABUJA (AFP) – Boko Haram’s leader Abubakar Shekau killed himself in a fight against rival jihadist fighters from the Islamic...

FRANKFURT (REUTERS) – German researchers on Wednesday (May 26) said that based on laboratory research, they believed they have found...

LONDON (REUTERS) – Britain wants to allow people to travel abroad again for a foreign holiday but new variants of...

MOSCOW (AFP) – Jailed Kremlin critic Alexei Navalny said Tuesday (May 25) that he had been told by investigators that...

SURFSIDE, FL ORIDA (REUTERS) – Colonel Golan Vach, head of a unit of the Israel Defence Forces that specialises in...

NAIROBI (AFP) – The African Union announced it was suspending Mali with immediate effect and threatened the impoverished country with...

LONDON (AFP) – The threat of a “sausage war” between Britain and the European Union was averted on Wednesday (June...

AMMAN (REUTERS) – Syrian President Bashar al-Assad voted on Wednesday (May 26) in an election certain to extend his rule...